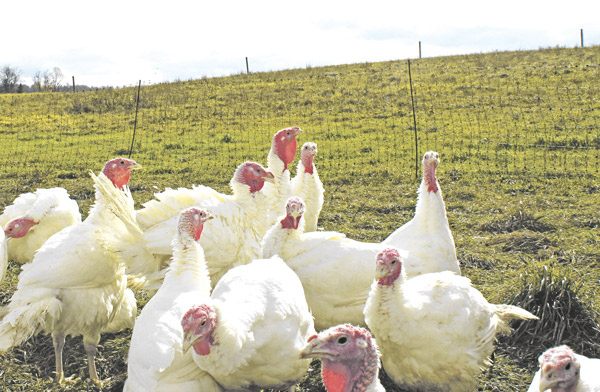 There’s plenty of concern by the nation’s large and small turkey operations that sales may exhibit a tryptophan-induced pace as we near the holidays. The pandemic and travel restrictions will definitely change Thanksgiving celebrations, experts say.

This Thanksgiving comes at an already tenuous time for the $4.3 billion U.S. turkey industry. Turkey sales have even been falling at Thanksgiving as consumers explore alternatives, according to Nielsen data. Last November, Americans spent $643 million on turkey, down 3.5% from the previous year.

“Interest in turkey has been steadily falling, thanks in part to price increases five years ago when flocks were hit by bird flu. Annual consumption is now around 12 pounds,” said Mark Jordan, agricultural economist and executive director of LEAP Market Analytics in Jonesboro, AR. “Closures of restaurants, cafeterias and catering events this year have also ‘crushed’ segments of the industry. The foodservice market made up about 55% of the turkey industry’s sales pre-pandemic.” Scan data from supermarkets show retail turkey sales have increased dramatically, but industry leaders say those sales don’t offset these foodservice losses.

Nearly 70% of Americans say they plan to celebrate Thanksgiving differently this year, according to a consumer survey by market research firm Numerator. Nearly half of respondents plan to gather in scaled-down celebrations and 65% expect to celebrate with only immediate household members.

Kroger, the nation’s largest grocery chain, has purchased more turkeys than usual – in all sizes – but it’s also predicting an increase in demand for alternatives, including ham, pork roast and seafood. WalMart said it will still carry plenty of whole turkeys, but it will also have 30% more turkey breasts in its stores to accommodate shoppers who don’t want to cook a whole bird.

Joel Brandenberger, president of the National Turkey Federation, said he anticipates more total celebrations and, consequently, more birds sold. Poundage, he said, is harder to predict. “Some smaller producers are aiming to grow lighter birds and offer more bone and breast options, but that’s not an industry-wide trend. The big companies appear to be growing large birds and hoping for the best.”

Butterball, which typically sells 30% of America’s 40 million Thanksgiving turkeys, said it’s expecting more gatherings, but it’s not convinced people will want smaller turkeys. Its research shows that 75% of consumers plan to serve the same size turkey or a larger turkey than they did last year. Butterball said about half its turkeys will be in the 10- to 16-pound range and half in the 16- to 24-pound range – the same as usual. “Anyone shopping for a specific size should plan to shop early,” said Rebecca Welch, senior brand manager for seasonal at Butterball. Don’t be afraid to go big, she said. “It’s just as easy to cook a large turkey as it is a smaller one, and it means more leftovers.”

Despite the perceived change of buying habits at the major grocers, sales of locally produced “pastured” turkey are anything but foul. In fact, most pasture-raised or hybrid free-range operations are seeing a record amount of consumers flock to the farm for their premium Thanksgiving bird, which can command three times the price of conventionally raised turkeys. One such example is Black Willow Pond Farm in Cobleskill, NY.

Owner Carrie Edsall said her customers are frequently commenting “plans aren’t finalized yet.” “Historically, our customers tend to get smaller turkeys (18-pound average) anyway,” said Edsall. “If we grow bigger birds (more than 20 pounds), we just encourage and educate our customers to utilize their freezers for the abundant, delicious leftovers.”

Edsall said they’ll be sold out before Thanksgiving, thanks to loyal customers putting down more deposits and preorders up front. “Customers tell us supporting a local business is important, along with how we raise them outdoors on rotated pastures. Their diet, fresh air and movement provide a taste and texture akin to what our ancestors used to raise,” she said.

Nicole Johnson, director of the Turkey Talk Line for Butterball, said in an average year, they get 100,000 calls, texts and chats, with 15,000 inquiries on Thanksgiving Day alone. “I think we’re going to be busier than ever,” she said. “With smaller gatherings and people not going out to restaurants, I think our numbers are going to soar. And I think part of our job this year is trying to celebrate the good.”