Vermonters serving their state in more ways than one 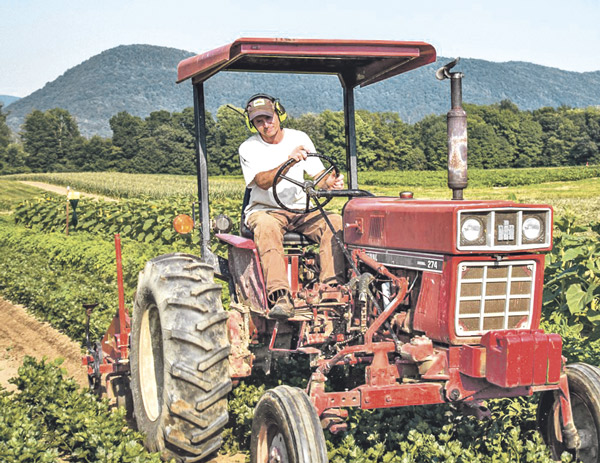 Get up, go to work. That’s the life of a farmer. But for two politicians in the Green Mountain State – one outgoing, one incoming – that work includes red tape as well as green grass.

David Zuckerman first ran for office while he was still in college. He’s been serving Vermont as its lieutenant governor since 2017. Before that, he was a state senator from 2013-17, serving as the vice-chair of the Agriculture Committee and involved in the passage of sustainable (economic and environmental) ag policy, cannabis policy reform and renewable energy initiatives. Before that, he was in the Vermont House of Representatives (from 1997-2011, serving two terms as chair of the House Ag Committee). He was first elected to the Burlington Electric Light Commission, from 1994-97, and has long been involved in Farm Bureau and NOFA-VT. As a member of the Vermont legislature’s minority Progressive Party caucus, he’s the only third-party person ever to serve as a chair of any committee in any state legislature. He was the Democratic nominee for governor in 2020, but lost to incumbent Phil Scott.

Zuckerman’s mother served on the school board while he growing up, but he was always more of an activist. “Then I saw Bernie Sanders speak in 1992, and I was inspired by how honest he was,” he said. In 1994, a contact from his political scene asked him to run – and he did.

While doing all that, he’s also been running the 25-acre Full Moon Farm with his wife Rachel Nevitt in Hinesburg, VT – the only certified vegetable, meat, egg, CBD and flower CSA in Chittenden County.

“I grew up in suburban Boston and incredibly rural Virginia, and that had a significant impact on my compassion and my sense of groundedness in fields and mountains, but it didn’t necessarily plant the seed of me being a farmer,” Zuckerman said. “That seed might have been germinating in my soul.” He took a year off from college to focus on environmental issues, trying to figure out his passion. “I became an environmental studies major and learned about the impact of the many different kinds of agriculture and their impact on the environment and farm workers. I knew I wanted to be somehow outdoors in my work – where seeds start growing.” After college, he worked as a park ranger and on others’ farms and said he got so much out of it that after five years he wanted to see if starting a farm business was where he was meant to go.

In 1999, he started Full Moon Farm in Burlington’s Intervale, a nonprofit that leases land to independently-owned start-up farms. There, he met Nevitt, completed the guidelines for the incubator program (start a farm, create a viable business and then move out so other potential farms could utilize the program) and then the couple began the search for their own land.

The farm’s website says, “It was a bit daunting to go from managing 15 to 155 acres overnight, to buy lots of expensive equipment and infrastructure, to go into serious debt during the economic recession of 2008 and to plant seeds and seedlings into unknown soils. But with more than 30 collective years of organic farming experience under our belts, we managed to pull it off.”

As for his other job, he said his rhetoric has always been based in really foundational things, ideas transferable between farming and public service.

“When I first got elected lieutenant governor, I found the position doesn’t really do a lot of political pontification. I was more of a town moderator of the state senate. You only get to speak at the beginning of the session, and when I was first elected, I thought what was my speech going to be?’” he said. He ordered 30 different heirloom dried bean seeds and gave one to each senator in a little box. “I noted that each seed is different: some big, some small, some speckled, some one color. They have an incredible diversity, but every single bean has the full genetic potential inside to be a thriving plant. Their ability to thrive is not only determined by their internal genetics, though. It depends on what kind of soil they’re planted in, the water they get. Does a pest come along, or disease, or a hail storm? Or do they get perfect conditions to grow? Our job in governance is to make sure the environment in our state is as healthy and productive as possible. I brought farming in from the very beginning.”

Zuckerman sees very clear parallels between farming and politics. “When you farm, you’re working with your land in the moment, but also hopefully thinking about your crop rotation for next year, what will make your soil healthier for the next season and the season after that,” he said. “In politics, you can be working day to day on an issue, but that issue is never fully realized in one day. It’s often years – rarely months, and never one or two days – that yields end results.”

Some of the issues he plugged away on, a few for a decade, came to fruition. In 2014, he was the lead senate author of Vermont’s first-in-the-nation GMO Labeling Law. He was a strong advocate for increasing protections for workers, property tax reform and equal pay as well.

“It was incredibly hard to balance,” Zuckerman said of his two careers. “Rachel ran the show. Joining the senate put a lot on Rachel, but being a legislator is seasonal, and that was an easier balance than lieutenant governor.” He would do farm work when he could, but he had to campaign during the summer, when Rachel and team “really carried the water.” Full Moon has three to four employees year-round and up to 10 seasonal.

“The farm is also a refuge. I’d come home and have this space. It gives me so much aesthetic and production beauty. It gives me the open sky. It gives you time to focus and remind yourself of the bigger picture,” Zuckerman said.

He feels his loss in the race for governor was not a personal loss. He is saddened that his ideas for the state might be missed. He officially leaves office in January.

“I do want to take time for family and stay engaged and love the farm. But I can’t do it all,” he said. “My next step is figuring out what’s next. I’m exploring a number of possibilities. The world is wide open.”

It’s a possibility that his political spirit will be carried forward by someone he endorsed and who will be sworn into office in 2021: farmer Heather Surprenant, the new Democratic/Progressive representative for the Windsor 4-1 District. 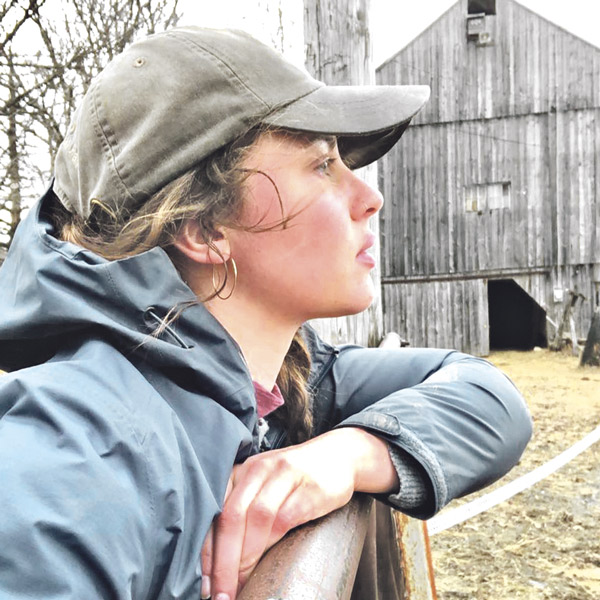 Originally from Randolph, VT, Surprenant said she never really considered agriculture something she wanted to pursue. “I grew up surrounded by it, and had a healthy respect for it – but the plan was to go to school, study politics and get into the human rights track.” She moved to California for two years after college before she decided she needed to farm. “There was this all of a sudden shift about making the difference I wanted to,” she said. “I started working at a farm in Half Moon Bay south of San Francisco. Agriculture is actually the most intersectional of fields you can enter – there’s focus on land access, affordability, access to healthy food, climate justice. I thought, ‘This is my sphere, and it’s touching on my desire to be tied to the community and social justice and be moving my body.’” She decided to move back to Vermont.

She moved home at age 24 and began working at an educational farm to learn full-system (dairy, produce, fiber) farming. For the last two years, she and her friend have been growing on the land of an 82-year-old organic beef and hay farmer who has been looking for young people to come in and diversify his land. Right now, Surprenant and her partner grow just under two acres organically in practice, selling to local co-ops and running a micro-CSA. “People still want the avenue of buying produce from the farm,” she noted. “I’d love to expand our operation within our reasonable resources – grow at least four acres, and add dairy goats and a dairy cow. I want it to become a full-season farm eventually.”

Surprenant said running for office came into the picture in February 2020, although she thought she’d stay in the nonprofit sector and push for legislation but from the outside. “I was approached by former rep from the area who thought I would be a terrific candidate,” she said. “I wondered if I could even balance that with farming. Luckily, the Vermont legislature was designed for farmers, in session only from January through May.”

She’s currently working in conjunction with Rural Vermont and NOFA-VT to draft legislation for a healthy soil bill. They want to ensure the state’s farmers have plans to cover crop and avoid erosion and shift away from monocropping. “We want to regenerate the land and incentivize farmers to do so,” she explained. “We want economic and environmental benefits.” She’s hoping to be put on the Ag Committee when the new term begins.

Surprenant thinks farmers make good politicians because they’re not politicians. “We’re so committed to our community in a completely different framework,” she said. She believes both professions have a collective responsibility to nourish the people, land and traditions of their state, and that comes with a solid understand of the complete diversity of the makeup of its communities. “I think a lot of people see politicians as removed from the working class,” she added. “As farmers, we’re in it with them.”

Zuckerman agreed. “It takes the patience, fortitude and persistence of being a farmer to get significant policy change done,” he said. “We need to be investing in the long term but also be nimble to the climate, political or natural environment. Being a farmer gives you a sense of a longer-term vision.”