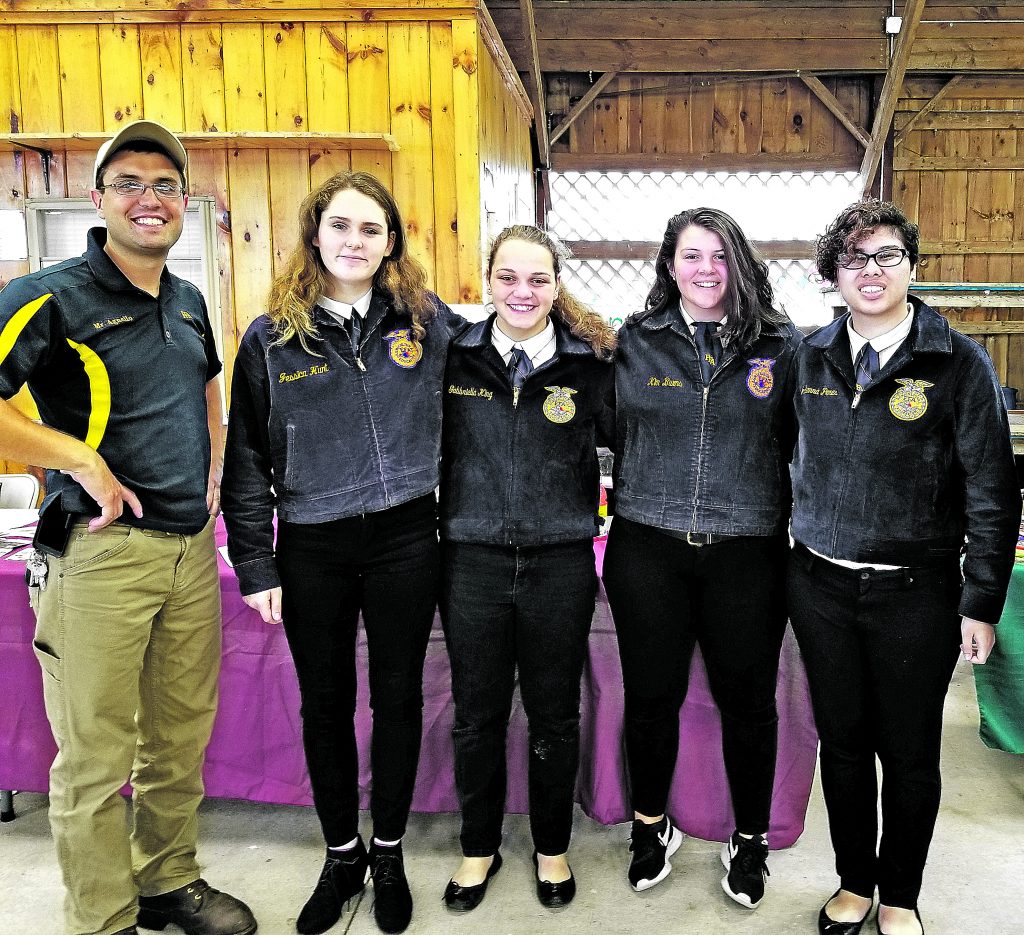 by George Looby
There was a hint of autumn in the air as Celebrating Agriculture, held on the grounds of the Woodstock, CT, Fair, celebrated its 18th year of promoting agricultural activities in northeastern Connecticut. Those in charge were pleased with the turn out.
One of the things that made this day special was that all of the booths had a direct connection to some aspect of agriculture.
The diversity of the information provided by those manning the booths reinforced the idea that agriculture encompasses an extremely wide range of activities. From beekeeping to huge machines devoted to the corn harvest, all were represented for visitors to inspect and ask questions. The general public has less and less contact with the farmers who put the food on their tables, making events like this especially important. Farmers themselves should avail themselves of the opportunities available to them by state, federal and private entities to better manage their increasingly complex businesses. There were several booths devoted to just this sort of activity, affording farmers the chance to renew old acquaintances and form new ones.
One striking characteristic of the farming community is its adaptability to change. Who would have predicted 40 years ago the likelihood of wine production in the Nutmeg State? But in 2018 there are over 40 wineries in the state, many of which are producing award-winning wines. The Taylor Brook Winery established itself as an outstanding resource with an excellent display of some of their products at the celebration.
Another rapidly growing segment of the beverage industry is microbrewing, and Taylor Brook will soon be joining this group with the erection of a facility adjoining its present winery. The land on which this facility will sit was reclaimed, funded in part by a grant from the State Department of Agriculture, and designated for just such an activity – the reclamation of abandoned farmland to a productive status.
Each year one agricultural enterprise seems to dominate the celebration. This year it seemed to be bees. Several local operations have begun offering honey for sale, among them Paul and Karen Larson, operators of the Sprucedale Nursery located in South Woodstock. Richard and Avis Norman, also beekeepers, produce maple syrup as well, so they have something sweet to sell throughout the year.
The Connecticut Department of Agriculture’s booth introduced the public and growers to a soon-to-be implemented program designed to protect consumers from food-borne illnesses. Based on the FDA’s Food  Safety Modernization Act of 2011, the Department of Agriculture will enforce the provisions of the law which establish standards for the growing, harvesting, packing and holding of fresh produce. Large producers will be impacted more by this new program than smaller ones, with the level of oversight based on gross annual sales.
Members of the FFA chapter from the E.O. Smith High School in Mansfield, CT, attended and they did a demonstration and presentation highlighting elements of nutrition. Two students spoke to the potential problems associated with the consumption of too much sugar. Another student gave a presentation about her meeting with a group of elementary students to choose their ideal meal, drawing from a group of pictures of various foods cut from magazines. It was then the task of the presenter to explain what better choices might have been and the reasons why. One student made a presentation on food safety. The focus of her presentation was on kitchen sanitation. All of these FFA members are headed for the national FFA meeting in Indianapolis, IN, in late October.
An enjoyable trip for both young and old was the hayride to Fairvue Farm, the neighboring farm of Paul and Dianne Miller, where the corn harvest was in full swing. Trucks full of silage were coming and going and tractors busily backed and leveled the huge pile of chopped corn. Visitors also had the opportunity to see an 1,100-head dairy herd in operation.
Almost every facet of Connecticut agriculture was represented at this day-long event – forestry, land management and preservation, the Master Gardener Program, handicrafts, recreational activities, invasive species, equine events, children’s activities and wildlife management and control, among many others.