Prices paid to dairy farmers are a disaster 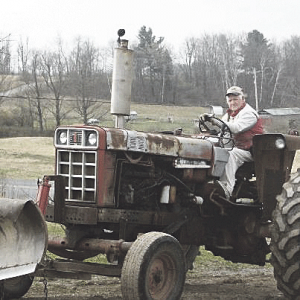 One more time, dairy farmers thought their pay price would really rebound when they were told the Class III price (used to make cheese) for June was going to be $21.04 per cwt. (hundred pounds). If all milk was priced correctly, then the $21.04 would be great news. However, even though the Class III price rose by leaps and bounds, the Class II and IV prices stayed stagnant.   However, the big boomer is the fact the Class I price, which is supposed to be the highest price, for June was only $14.67 per cwt.

Yes, it is really hard to understand these prices, but it is more difficult to receive a pay price using these figures. Now if that’s not confusing enough, then you must realize that in the majority of Federal Orders the dairy co-ops are able to de-pool a certain amount of milk whenever they deem it feasible. So far, for June’s milk, the co-op will probably de-pool a substantial amount of milk. So consequently all dairy farmers in the pool will not realize the total value of this higher price for Class III milk.

Something tells me that because of all of these unorthodox prices this will mean the Class I handlers will draw money from the pool instead of paying into it.

All dairy farmers in the Federal Orders will be hurt dramatically if the co-ops de-pool a large amount of the Class III milk, coupled with the ridiculously low Class I price of $14.67, this will all mean dairy farmers will receive a pay price of around $15 per cwt. for June’s production.

Yes, it has been a rough time for the majority of American people. But it has been extremely unbearable for agriculture producers, especially dairy farmers.

A new version of the Specter-Casey bill is now in the hands of some of our members of Congress. It’s time for all dairy farmers to support this bill, and certainly don’t forget the need of getting whole milk back in our schools. There isn’t anything wrong with pricing milk based on the average cost of producing milk.

Everyone must realize that for any item you purchase in any store, that product has a cost of production. Agriculture is no different, especially dairy farmers. As I’ve said before, there is a dairy proposal waiting to be introduced. This is probably our last chance. If dairy farmers don’t urge the movement of this bill now, then it will never happen. The choice is yours.