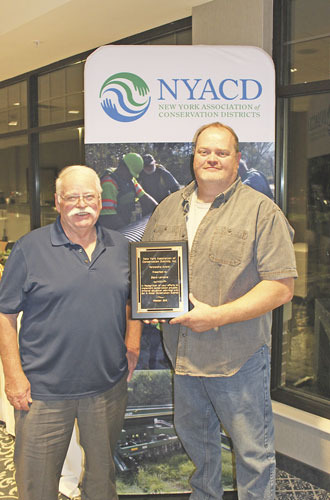 CAZENOVIA, NY — Author Richard Louv said, “The more high-tech our lives become the more nature we need.” It’s a sensible theme given all the variables in today’s landscape and becoming a more resilient society. Local conservation districts are on the front line of this charge. It’s why the New York Association of Conservation Districts, Inc. (NYACD) and their conservation partners gather once a year to discuss the opportunities and challenges in serving the public and protecting the next generation’s resources.

In 1947, the New York Association of Conservation Districts was formed to represent local, County Soil and Water Conservation Districts and voice their concerns and needs in regards to natural resource conservation at the state and federal levels. Incorporated in 1958, the non-governmental, non-partisan, volunteer organization provides education and information on conservation, orderly development and wise use of the state’s natural resources. NYACD implements programs that encourage proactive, cooperative alliances with others to promote environmental stewardship and sustainability. “Consistent with our dedication to natural resource management, NYACD provides advocacy and representation of our members at the state, regional and national levels.” 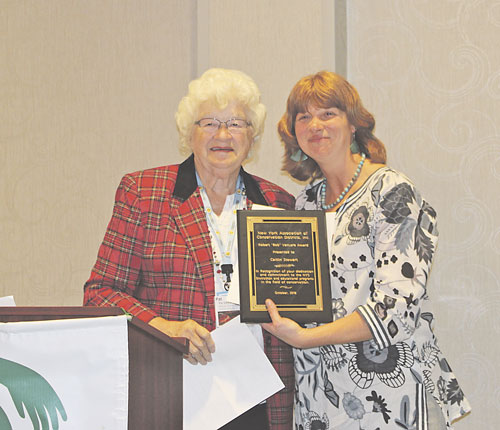 The 71st NYACD Annual Meeting is part business, part training, part networking and part celebration for the conservation foot soldiers. At its core, “The NYACD unifies the directors of local Soil and Water Conservation Districts statewide, and serves as a platform for relationships, networking, advocacy, training, and education. The NYACD was created as the voice of Soil and Water Conservation Districts (SWCD) by a united group of District Directors. Directors serve the needs of local conservation districts, including programming and projects lead by respective boards of directors and employees.

In addition to the annual business meeting and NYACD division meetings, a formal banquet was held to celebrate conservationists headlined by the Acting Chief of the Natural Resources Conservation Service, Leonard Jordan, who related his 42 years of service back to what he originally learned at his family’s 134 acre farm in Tennessee where his parents raised 10 children. “He realized that land was the most critical thing he possessed. If we took care of it, it would take care of us. I never forgot his lessons and we must stay vigilant to this mission,” said Jordan. 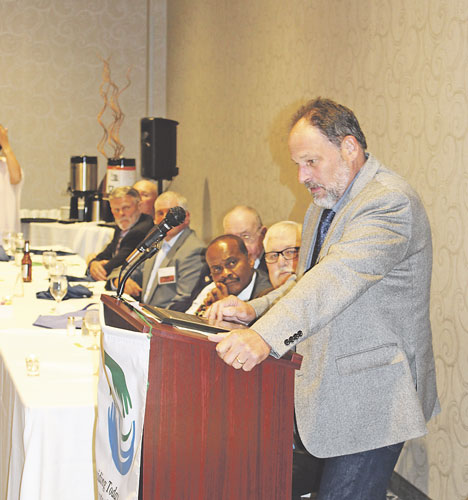 NYACD Executive Director, Blanche Hurlbutt announced the 2018 District in the News Awards: Best Education/Outreach Media Story by a SWCD when to Hamilton County SWCD; Best NYS Agricultural Environmental Management (AEM) Story was awarded to Cortland County SWCD and Best story as it relates to the core mission of the Soil and Water Conservation Districts, was garnered by the Steuben County SWCD.