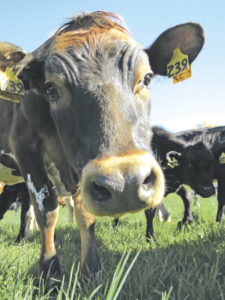 It seems everyone is “bundling” these days, from insurance companies and internet providers to auctioneers and flea market pickers. Bundling is generally used to consolidate and lower prices. It’s also used to get what you want by taking a few lesser items you don’t necessarily prefer. Farmers know this art and science of haggling and bundling very well – and most farmers are wary of the bundle, especially from politicians.

The original bill was introduced May 5, 2020, but died in a previous Congress without receiving a vote. Booker said this new bundle will “transform a broken system” and “create a level playing field” for independent family farms. What’s in the new federal legislative bundle of joy, you ask?

The FSRA would place an immediate moratorium on new and expanding large CAFOs, and phase out by 2040 the largest CAFOs as defined by the EPA; hold corporate integrators responsible for pollution and other harm caused by CAFOs; and provide a $100 million voluntary buyout package for farmers who want to transition out of operating a CAFO.” This act would be a gamechanger for America’s farms and consumers.

The FSRA also aims to strengthen the Packers and Stockyards Act to protect family farmers, including prohibiting the use of unfair tournament or ranking systems for paying contract growers, protect livestock and poultry farmers from retaliation, create market transparency and protect farmers from predatory purchasing practices, restore mandatory country-of-origin labeling requirements for beef and pork and expand to dairy products and prohibit the USDA from labeling foreign imported meat products as ‘Product of USA.’” To delve into the details of the act, visit booker.senate.gov/imo/media/doc/farm_system_reform_act2.pdf.

Booker is using his influence as a member of the Senate Agriculture Committee to introduce legislation that would crack down on monopolistic practices, invest billions in the transition to a more resilient food system and place a moratorium on large factory farms. While his base supporters and signatories say this is a positive step, other farm groups are against many aspects of the bundled titles. Sadly, it once again “pits” farmers against each other as a result.

The National Cattlemen’s Beef Association was quick to label the FSRA “misguided.” NCBA Vice President of Government Affairs Ethan Lane said, “Democrats in Washington have put forward two starkly different proposals for strengthening the future of American cattle farmers and ranchers. One of these paths, namely the recent announcement from Secretary Vilsack, offers practical, long-term progress for our producers. The alternative, introduced in Congress, is the kind of broad, jumbled mess you get when you’re more focused on Twitter and talking points than the sound legislating rural Americans need.

“Senator Booker and his allies are trying to tie this effort to what the Biden Administration did with their executive order promoting competition in the marketplace. Those are two very different things. The president’s Executive Order is devoting $500 million toward expanded packing capacity, $100 million toward additional inspectors and $55 million toward making sure state inspected facilities can get up to spec. That processing capacity piece, and fixing product of the USA, that’s a big issue we’ve been pushing on. Those are tangible deliverables and very different than what Cory Booker and his allies are trying to do with this with this bill … These aren’t the same thing and we need to make sure that that’s really well understood both on the Hill and out in the country.

“You can’t eliminate the feedlot system in the highest quality beef producing system in the world … and expect it to survive. This is this is a direct attack on cattle production,” said Lane. “A lot of the issues we always talk about, whether it’s a ‘Product of USA’ labeling or competition or any of those things, they kind of peppered some of that stuff into the bill as well and that’s brought some other cattle groups out, kind of tacitly supporting this. We are full throated in opposition to this bill.”

Lane said that this issue is being advanced by people who do not have the best interest of cattle country at heart. “If you see Cory Booker and Bernie Sanders and Elizabeth Warren supporting a bill to try to save the U. S. cattle industry, I advise being extremely skeptical of that effort. While it is positive to see some of these key producer concerns receiving attention … we’re also frustrated to see them buried in such a sprawling, misguided package.”

Booker makes the point that “economic concentration in agriculture has been hurting our country, especially rural America, for decades. The top four beef packing companies control nearly 85% of the market. The top four pork packers control 71% of the market. These companies have too much market power, and it comes at the expense of independent family farmers, who earn just 14.3 cents of every dollar spent on food.

“Large, multinational meatpackers, because of their buying power and size, are putting our food system at risk and harming everyone along the supply chain. We need to fix the broken system – that means giving family farmers and ranchers a fair shot and holding corporate integrators responsible for the harm they are causing,” said Booker. “We must immediately begin to transition to a more sustainable and humane system. An important first step is ending our reliance on huge factory farms and investing in a system that focuses on resilient and regenerative production.”

“For years, giant multinational corporations have been crushing competition in the agricultural sector and seizing key markets while regulators have looked the other way. And the COVID-19 crisis has made it even easier for Big Ag to get even bigger and gobble up small farms – leaving farmers out in the cold and consumers facing higher costs and fewer choices. This bill is necessary to end the vice grip that Big Ag has over our farm economy, and to give our farmers, workers and consumers real bargaining power in our farm and food systems,” said Warren.

“Pennsylvania Farmers Union is proud to endorse this important and thoughtful legislation,” said Michael Kovach, PFU vice president and policy director. “The environment, family farmers, consumers, our nation’s food security and the animals we raise for food are all affected positively by the direction the Farm System Reform Act points our food system.”

Stay tuned for more developments on how this bill might affect your place in agriculture.