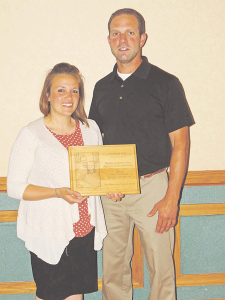 “We are here to promote and preserve the breeds,” said Stacia True, one of the right-hand helpers to event Chair, Katie Hill.

True Farms, a seventh-generation dairy in Perry, NY, was one of the farms featured on the tours. 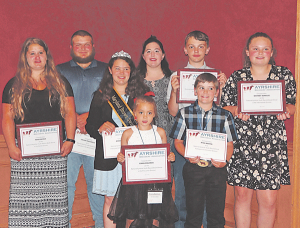 Currently operated in partnership between brothers Jeff and Brian, the dairy houses about 1100 head of cattle; with about 140 Brown Swiss, 40 Jersey and 920 Holsteins. The farm works 1,200 acres of rented/owned land and holds an RHA of 26,856M, 4.1 percent fat and 3.25 percent protein.

“True Farms will continue to emphasize developing cows that make a lot of milk, breed back and stay healthy,” said Stacia. “We are starting to test for A2, with a goal of shipping seven pounds of combined fat and protein.”

Hills Valley Farm, located in Cattaraugus, NY, was also toured by convention attendees. Hill’s 250-acre dairy is home to 275 registered Brown Swiss. This fourth-generation farm is owned and operated by parents Rich and Donna Hill with their son Darin and daughter-in-law Katie. 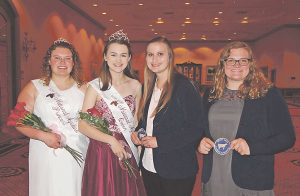 Rich said the Brown Swiss have been very good to the farm. “We’ve done well with them and proven we could be financially successful and make a good living with a primarily commercial herd of Brown Swiss.”

The third farm toured was Heineman Farms, a 225-acre farm located near Attica, NY, and owned and operated by Dave and Angela Fuller, with Angela’s parents, Gordon and Sue Heineman.

Showing their home-bred Ayrshires is one feature that this family enjoys. The milking herd consists of about 75 head, with another 60 head of youngstock residing on the farm. “The Ayrshires have the advantages of high milk components and better feed efficiency,” said Dave.

Numerous awards were distributed in a variety of categories, and each evening (and some mornings) awards were presented by both breed representatives. 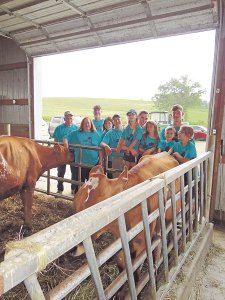 Lehner, an Undergraduate in Animal Sciences at Ohio State University, said she is honored to have been chosen to represent the Brown Swiss breed nation-wide.

“I am honored to have the opportunity to represent the breed that I love as the 2019-2020 National Brown Swiss Ambassador,” remarked Lehner. “This year I hope to have a lasting impact on the breed and its people by increasing youth involvement, meeting breeders across the United States, and promoting Brown Swiss in every way I can. I truly believe that Brown Swiss are the most profitable dairy breed, and I hope to spend this year spreading awareness about the tremendous benefits that the Big Brown Cow offers.”