Most of NH’s fairs are making plans to run 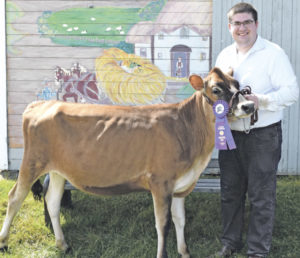 LANCASTER, NH – Plans are being made for the 150th Lancaster Fair to take place over the long Labor Day weekend, Sept. 2 – 6.

The 13-member Lancaster Fair Board of Directors announced shortly after New Year’s Day that they’re planning the event that was canceled last year due to COVID-19.

“We are still planning the fair, full steam ahead this year, but also with caution,” posted Fair Board Secretary Michelle Forbes McVetty on the Lancaster Fair website on April 16. “With our 150th Fair in sight, and COVID-19 in clear view, we are navigating and watching Governor Chris Sununu’s mandates as they are quickly changing. As of mid-April, we do plan to have everything that involves a true Lancaster Fair, but keep in mind, things are changing daily and we, as a board, are forced to follow guidelines implemented by the State of New Hampshire.” There likely will be restrictions on exactly how many attendees can enter the fairgrounds at any one time.

Contracts are already being drawn up for major fair features. “Lonestar, the band that had been lined up for last year’s fair, will headline the popular entertainment,” explained Board President Ed Samson. “We’re also talking with Recycled Persuasion, another musical group that is especially popular in the Granite State.”

Rides on the midway, vendors, fried dough, commercial booths, games of chance and skill as well as horse-pulling and border collies showing off their sheep-herding skills are almost certain to be on hand.

But it’s still not at all clear how 4-H and other youth exhibits and competitions will be affected.

“The agricultural fairs are really valuable and important partners of ours and we’re very aware of that,” explained Youth & Family State Program Team Leader Mike Young of UNH Cooperative Extension. “For starters, one thing we’ve learned during this pandemic is that decisions made today may change tomorrow, but that we’ll do everything we can to support our youth and volunteers with socially distanced and remote options. We must abide by UNH policies and protocols, which have thus far been based on data (that is, infection rates) and best practices of the Centers for Disease Control.

“Throughout the pandemic we have not always had to follow the same protocols as on campus,” Young continued. “UNH administrators have been sensitive to the different type of work we do at Extension and 4-H and have tailored their guidance accordingly. We’re not sure at this point what it will mean for 4-H participation in this year’s fairs. But figuring it out is a top priority not only because it is so important to so many of our families, but also because fair boards need to know so they can make plans.”

When asked for a statewide perspective on the status of 2021 fairs, NH Ag Commissioner Shawn Jasper replied that he really doesn’t have a lot of information. “That’s because no one knows what is going to happen at this point,” Jasper explained, noting, however, that the Stratham Fair – usually scheduled in mid-July – has already been canceled for 2021. Scheduling a fair there is expected to be complicated in 2022 because the event has always been held on town-owned property. Parking is now more limited since some open space is being used for athletic fields. Board members also worry that fair volunteers, many of whom are members of the Stratham Volunteer Fire Department, will be less willing to set up at a more remote location. In addition, the 2018 and 2019 fairs were not well-attended – one year because of extreme rain, and the other, extreme heat – leaving little cash on hand.

“Most of the other fairs in the state are playing it by ear this year,” Jasper explained. “Their drop-dead date for deciding what to do is July 15, so not much is likely to be known much before then.

“I have been told that they’re likely to cut out any big entertainment acts and that premiums are going to be cut or reduced,” the commissioner said. “At present, most New Hampshire fairs are not in a good financial position.”

However, in addition to Lancaster, most fairs in NH have started making plans to open this year: North Haverhill, Cheshire, Cornish, Hopkinton, Deerfield and Sandwich. A couple have not yet formally announced their decision, reported Robert “Bob” Allen, president of the NH Fairs Association. “What we don’t know is what the COVID-19 rules or guidelines will be and how people will be feeling about gathering in crowds, mostly outdoors. What we do know is that people are eager to get out to see their friends, neighbors and acquaintances and to feel the normal rhythms of life once again.

“But it’s too soon to know exactly what the experience will be for fairgoers in 2021,” Allen explained. “What we do know is that the agricultural fairs were greatly missed in 2020 and that our regular ‘year-in-and-year-out’ base of customers are eager to get back to enjoying traditional annual events.”