Maybe it’s time to mix up your milking plan 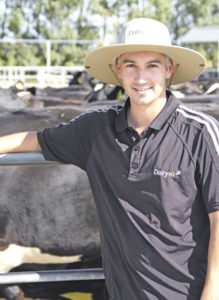 “Why flexible milking?” asked Paul Edwards, a senior scientist of farm systems at DairyNZ. Edwards posed this question during “Exploring Alternative Milking Intervals: Research and Experience,” a presentation offered by University of Vermont Extension. Edwards has conducted numerous studies related to flexible milking systems in New Zealand; his presentation was based on this research.

“There are a host of reasons why you would consider it,” Edwards said. “One reason is to improve workplace attractiveness in terms of hours and flexibility. Another is to improve the dairy workplace to compete with other industries. Another is to reduce the annual labor hours devoted to milking, which in New Zealand is typically half.”

Flexible milking is a term given to milking intervals that differ from the traditional twice-a-day (TAD) milking. It refers to flexibility in both the timing of the milking during the day as well as the number of milkings in a week.

One flexible milking strategy is once-a-day (OAD), where cows are milked only once in a 24-hour period. Another strategy is 3-in-2, where milking takes place three times over 48 hours. A third, though less well known, option is 10-in-7. One possible 10-in-7 schedule is to milk TAD on Monday, Wednesday and Friday and OAD on Tuesday, Thursday, Saturday and Sunday.

According to Edwards, only 45% of New Zealand dairy farmers milk TAD for the entire lactation. (It should be noted that New Zealand herds tend to be pasture-based with low grain input and seasonal. They typically freshen their herds in July or August, which is winter in the southern hemisphere, and dry off in May.)

The other 55% of farmers utilize a flexible milking system at some point during the lactation. Thirty percent report using OAD at least some point in the lactation and 8% are full-season OAD. Eleven percent utilize full-season 3-in-2, and the remaining farms use some combination of TAD, 3-in-2, OAD and other intervals.

“Full-season OAD is the ultimate for flexibility. You can milk at any time of the day,” said Edwards. “The first question farmers always ask is about the impact of production with OAD.”

Edwards’s research shows that herds milked OAD had more solids, lower milk volume and average somatic cell count was higher by about 20,000 cells/ml. It’s difficult, however, to extrapolate how much production will drop on a given farm. In general, the level of production change after adopting OAD is influenced by the prior level of herd productivity. Farms with higher production per cow will drop more than farms with lower production per cow. Ultimately, the profitability of an OAD farm will be influenced by a farm’s ability to cut expenses equivalent or greater to the lost revenue.

Whereas OAD milking eliminates 50% of milkings per week, the 3-in-2 interval results in 25% less milking a week. Edwards’s 3-in-2 research findings are based on four isolated farmlet herds kept separately on a large farm, allowing them to keep variables the same. Farmlet 1 used 3-in-2 for the whole lactation. Farmlet 2 transitioned from TAD to 3-in-2 on Dec. 1. Farmlet 3 transitioned from TAD to 3-in-2 on March 1. Farmlet 4 milked TAD for the whole lactation.

In order to milk 3-in-2 with a regularly spaced interval, a farmer would need to milk every 16 hours, resulting in a middle of the night milking. Since many farmers are using flexible milking strategies to improve quality of life and to help balance farm and family commitments, milking in the middle of the night is unattractive.

Edwards’s research farmlets used a 12-18-18 hour interval – milking at 5 a.m., 5 p.m. and 11 a.m. His research shows that this interval does not have a significant impact on production relative to other 3-in-2 milking intervals. It does, though, result in reduced production when compared with TAD. “In a herd producing 11,000 pounds per cow on TAD, there is likely to be a 4.4-pound per cow per day decrease for each day of 3-in-2 used,” he said. Components also change – fat production decreased by 3% and protein by 8%.

There was no significant change in SCC for any of the farmlets using 3-in-2. One benefit of 3-in-2 was better body condition at the end of the lactation.

“Another advantage of 3-in-2 is that with 25% fewer milkings, time is freed up, which may allow you to make better management decisions and to execute systems better,” Edwards said.

His research into flexible milking intervals is also relevant for farmers milking TAD. Since it’s the number of milkings and not the timing of milkings that impacts production, Edwards said that TAD farms may want to consider adjusting their interval to 10 and 14 hours, i.e., milking at 5 a.m. and 3 p.m.

“There are lots of options available,” Edwards said. “My challenge for farmers is to ask yourself if what you’re doing now is the right option or is it worth considering what else is available?

“It’s important to understand the why. Why would you be looking for an alternative milking time? If you don’t change anything else, things may go wrong. You might miss out on achieving your goals. Be really clear on why you’re changing and what other adjustments you’re going to make. Make a really good plan in advance and know how you’re going to achieve it,” Edwards concluded.