MILFORD, NH – The New Hampshire Farm Bureau House of Delegates convened on the morning of Nov. 13, followed by an afternoon mental health presentation by Jessica Cabrera, M.Ed., managing director of member engagement for American Farm Bureau Federation, the screening of an agricultural video, the naming of the winners of a number of awards, a brief talk by NH Commissioner of Agriculture Shawn Jasper and a new NHFB president stepping in after six years.

“The state Department of Agriculture will receive $500,000 from the U.S. Department of Agriculture to bolster access to mental health services for farmers,” Jasper said. Every state will receive the same dollar amount, so its impact in the Granite State will be far greater than in California and Texas, he explained. “You’re not a farmer unless you have stress,” he said, adding, however, that some worrisome financial and successional issues have risen due to COVID-19. “Please reach out and ask for help; we want to see all these federal dollars spent.” 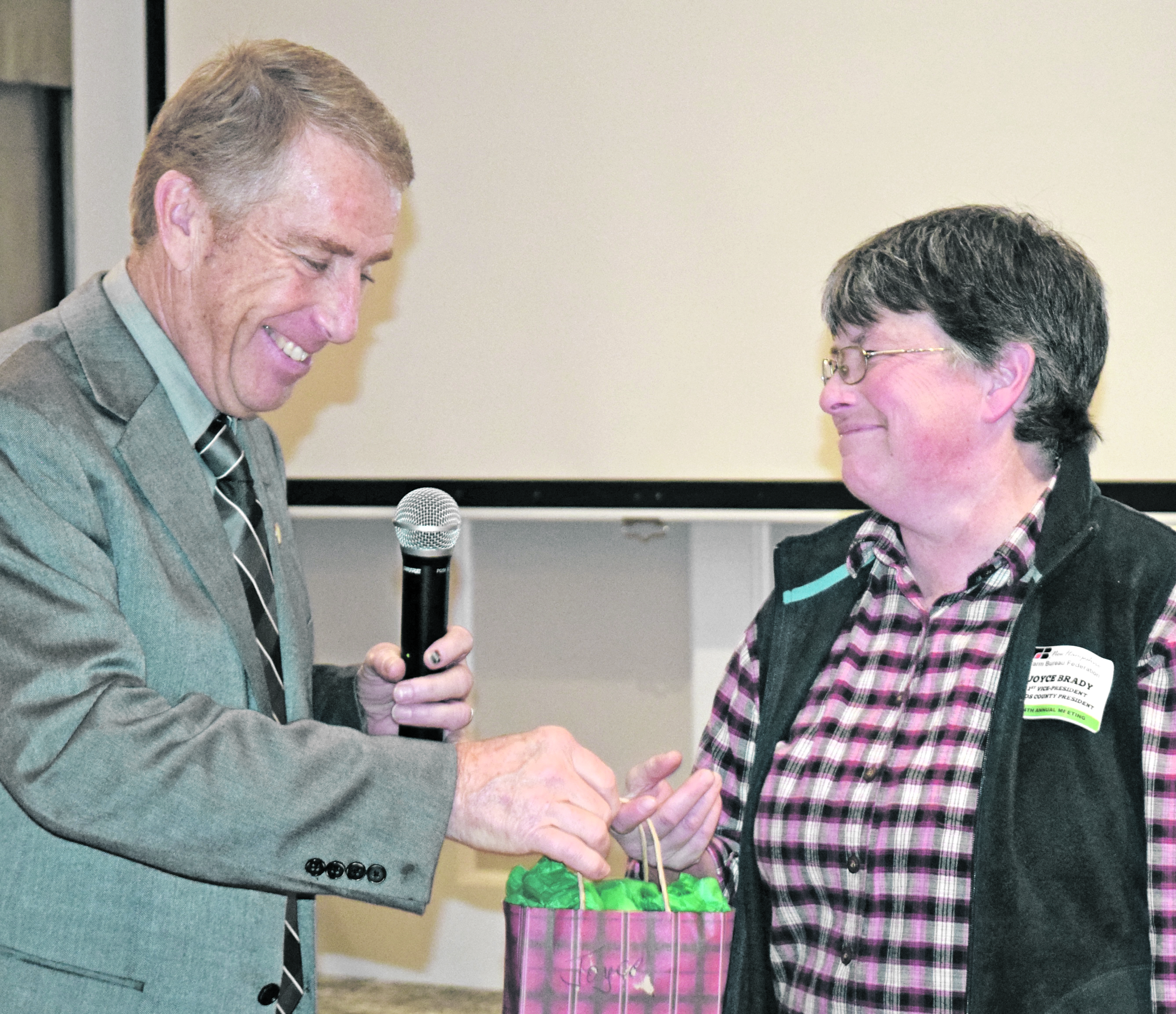 Nearly $750,000 was also awarded to Land for Good in Keene through the USDA’s Beginning Farmers and Ranchers Program.

Joyce Brady of Columbia assumed her role as the new president of the NHBF. She and her husband Chris Brady own CJEJ Farm – The Meat House in Columbia plus the Colebrook Feeds, Farm and Garden Supply in Colebrook. After serving six years in the post, Denis Ward of Monroe stepped down. “Farmers are without a doubt the best people on Earth and representing them is the ultimate privilege,” he said.

Ward also congratulated Brady for taking on both the joys and the hard work that the position entails.

NHFB Communications Director Josh Marshall used his both his camera and drone skills to capture the essence of three Hillsborough County farms in a handsome and ambitious outreach to customers. Hillsborough County Farm Bureau President Trevor Hardy and other Farm Bureau members believe that by speaking on film directly to the customers they attracted during the early days of COVID-19, they’ll be able to retain them, Hardy said. 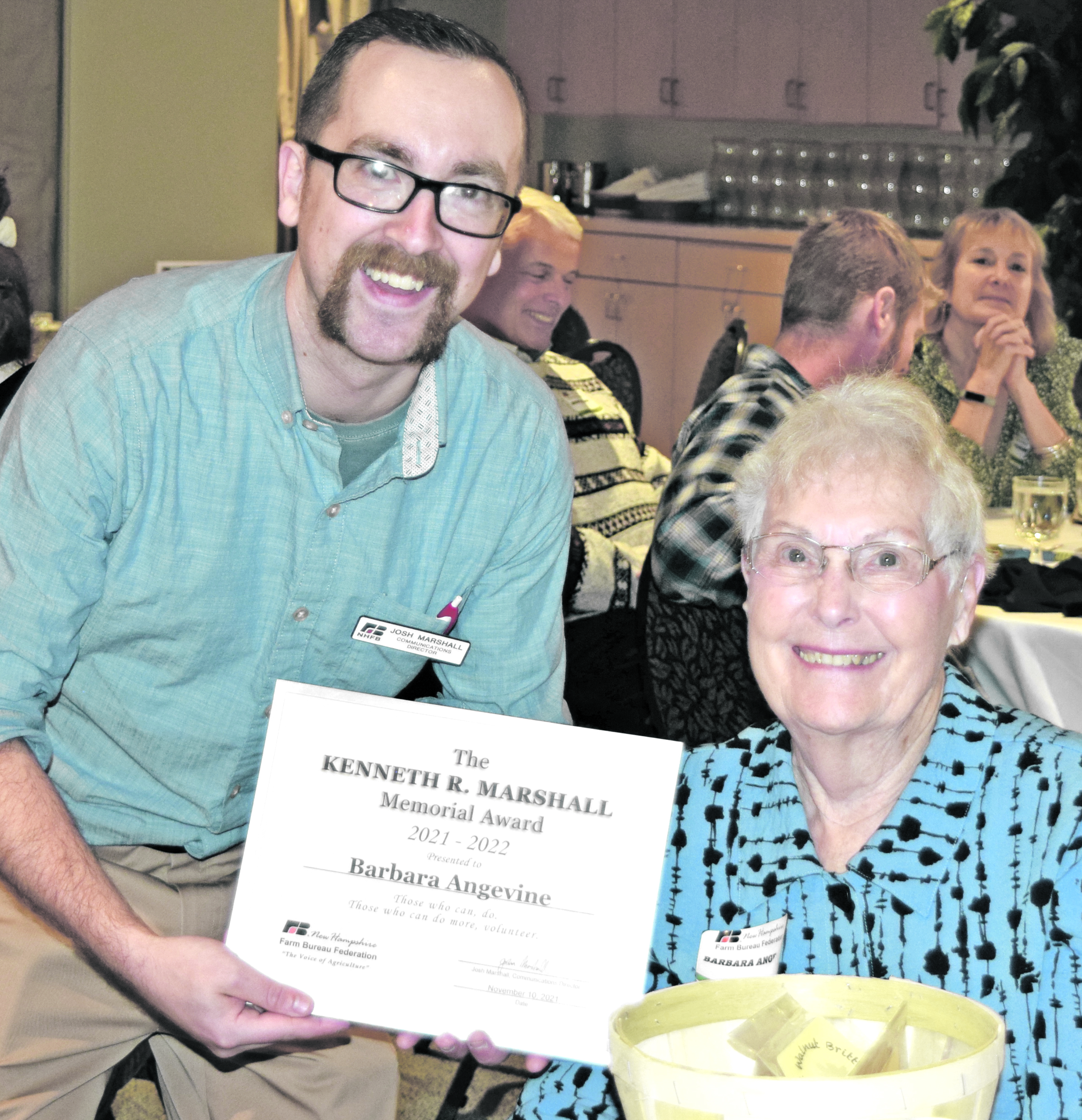 “We’re home to the largest direct-to-consumer agricultural sales in the state with the largest population at over 400,000. Our county boasts a diverse agricultural community from dairy to fruits and maple to vegetables,” he added.

Hardy also congratulated Young Farmer Ben Davis for his excellence in 2021-22 contributions to the ag community. 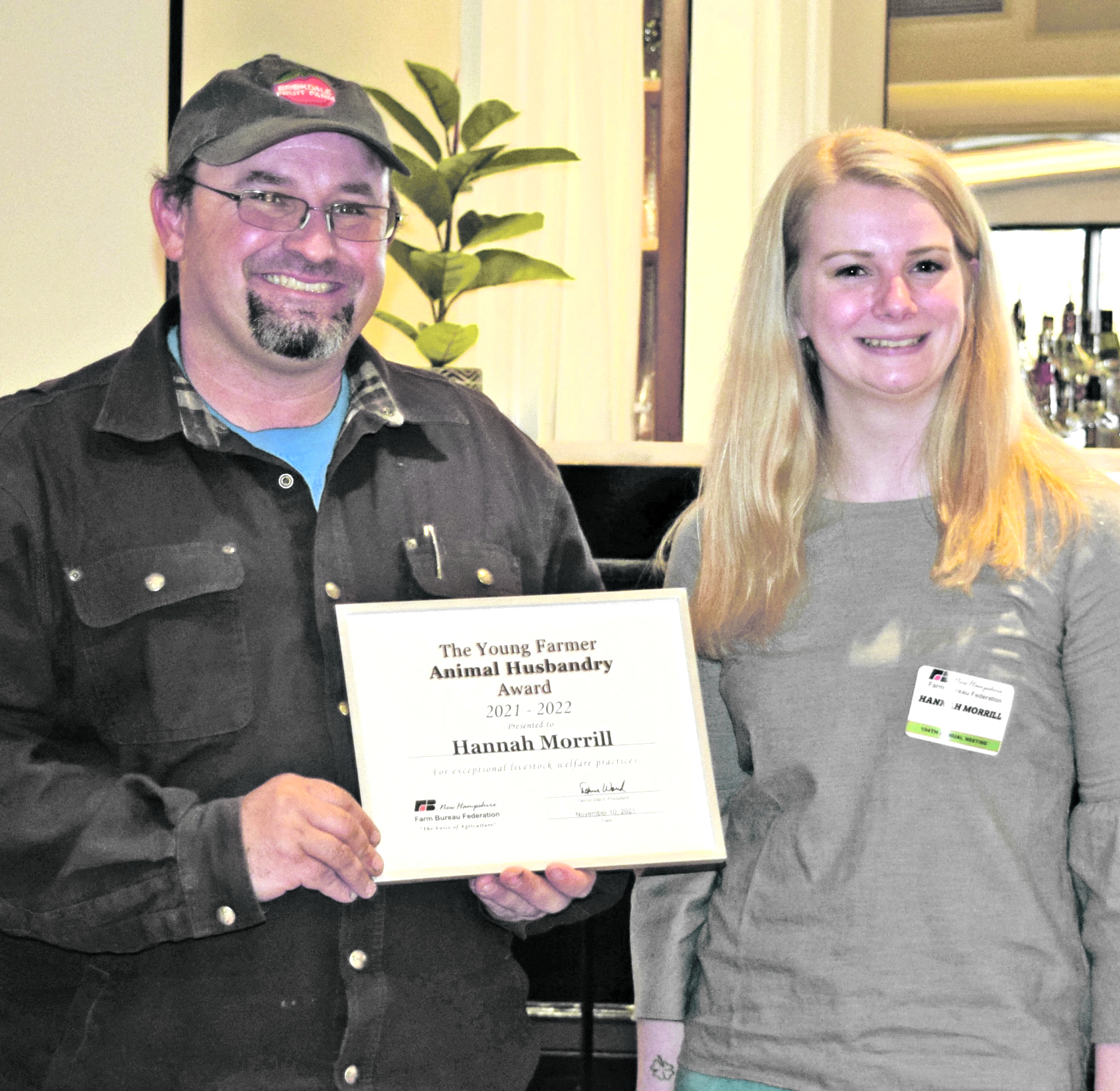