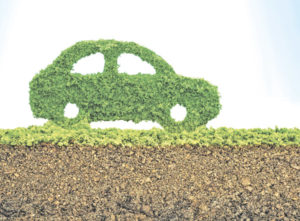 With federal mandates that include putting more electric vehicles on the road, where will electricity come from? Although there are many ways to generate electricity, biogas from manure is gaining favor as a major contributor.

Patrick Serfass, executive director of the American Biogas Council (ABC), said the organization is interested in the ag industry’s potential for producing biogas, primarily from dairy and swine manure.

Serfass estimated that of the 2,000 operational biogas systems across the nation, about 250 are farm-based. Recent attention toward initiating additional on-farm systems is the result of policies that incentivize such projects. Although there are still bugs in the system, Serfass said the technology remains much the same as when the concept was initiated.

Like cows’ stomachs, digesters provide a warm environment for already present microbes in organic material to reproduce, consume organic material and burp out methane. “Methane is the energy,” Serfass said, “and is generally most of the revenue generation for a project.”

Manure is the most common input, or feedstock, for methane production. “It could be other organic material from crops or dairy processing material,” said Serfass. “Generally, it’s non-woody material going in, and coming out the other end is biogas, solids and liquids. Solids and liquids are used locally, and liquids are applied as crop nutrients.” The biogas goes off the farm, via natural gas pipelines if necessary, to where it can be used as renewable natural gas (RNG) or converted to electricity.

RNG is the same as and interchangeable with natural gas and can be sold for fueling natural gas vehicles such as UPS trucks and some buses. Most end markets are not in rural areas, so farm proximity to a natural gas pipeline is essential.

“The opportunity is to generate and sell credits that are worth far more than the biogas you’re generating,” said Serfass. “Generally, you will sell credits with one of two programs, both of which are vehicle-related. The one that’s most lucrative right now, the LCFS (Low Carbon Fuel Standard) Incentive, gives more credits if you can reduce the carbon footprint of the entire fuel production – that includes the farm and how the fuel is actually used. The more carbon intensity comes down, the more credits generated, the more you can make.”

“The program was established in 2007, got going in 2009 and was a driver of ethanol early in the program,” said Pleima. “In 2014, the EPA opened incentives for biogas and RNG, with manure being one of the approved feedstocks. The goal is to produce renewable fuel that will be used as transportation fuel. In order to qualify and generate RINs, the end use must be transportation fuel.”

The target is 36 billion gallons of renewable fuel by 2022. “We aren’t going to make that number,” said Pleima. “We’re probably closer to 21 billion so there’s still significant growth potential within the program. It’s a core program used to generate RINs from dairy manure to RNG projects.”

Pleima pointed out the differences in value among dairy manure and other digester feedstock options. The RNG from a wastewater treatment plant is worth about $45/MM btu (unit of fuel), food waste revenue is about $16/MM btu and the same volume of dairy RNG is worth $100/MM btu. The majority of revenue from any system comes from the beneficial reuse of biogas. About $2 of the $100 comes from the natural gas itself, while the rest comes from programs that incentivize development of lower carbon fuel.

“There can be two times to eight times the value of these credits, specifically in the California LCFS,” said Pleima. “There’s more value in turning manure into energy and into transportation fuel. It’s the highest value feedstock in the market, and there’s been a significant increase in project development because of this value.”

Because California is the current leader in converting biogas to electricity, it’s worth paying attention to its developments because activities there will likely be the basis of policy for the rest of America.

“The goal is to incentivize the development of low carbon fuels as transportation fuel,” said Pleima. “The big thing is carbon intensity (CI) score – the more efficient and lower the CI score, the more credits and revenue you generate. RFS is volume based, but the California market rewards projects with a lower carbon intensity score.”

Although California is currently leading the way in RNG production, federal mandates will affect the entire country. Pleima said the value of an LCFS credit has substantially increased over the last several years and credit values are currently approaching $200/metric ton. “It’s the most expensive carbon price in the world,” he said. “Anyone looking at a renewable fuel project is looking at the California LCFS market to take advantage of these high prices.”

Capturing methane makes sense. It means displacing fossil fuel, which results in a highly negative (and desirable) CI score. Biogas is already a natural byproduct of manure, and digestion captures valuable energy. The indirect benefit is enhanced manure management – nutrients remain intact and can still be used on the farm, nutrients are likely to be more stable, manure odor is reduced and there’s less potential for runoff and overflow.

To learn more about biogas and where your state stands in developing biogas projects, visit americanbiogascouncil.org/resources/why-biogas.