Nothing is bigger to the small town of Grahamsville, NY, than the Little World’s Fair every August. People flock to the small county fair that boasts itself as one of the longest running independent agricultural fairs in New York.

The 4-H and open dairy shows always draw crowds, with youth competing with their best animals to be named master showman or supreme champion. This year was no different as dozens of cows filled the barns to compete on Saturday, Aug. 14.

This year’s 4-H and open show was judged by Matt Griffith, an FFA teacher from Ohio. Griffith has an extensive history of judging dairy cows at the local, state and national levels, having been named an All-American judge at the World Dairy Expo while in college at Ohio State. “It was a good show with quality cows and with a lot of variety,” Griffith said. “There was a lot of good breed representation, with the main seven breeds represented. The kids worked hard through a hot show.” 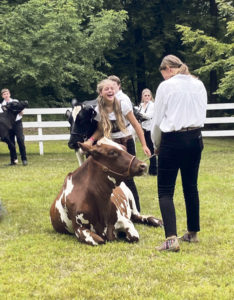 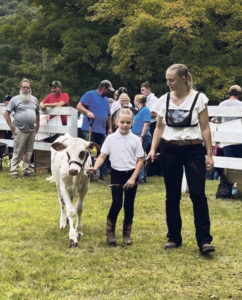