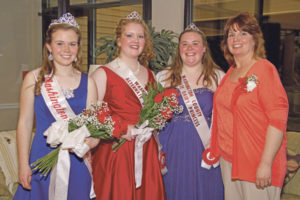 Greenwich High School Agricultural Science teacher Betsy Foote was recently named the New York Ag Educator of the Year. The NYS Farm Bureau, Nationwide Insurance and the NYS FFA Association sponsored this award. There were more than 350 NYS ag teachers eligible for this award. Foote was one of the 11 regional winners across the state and was selected to receive the inaugural Golden Owl trophy and a $3,000 cash award.

Past and present agriculture students from both Hartford Central School and Greenwich Central School nominated Foote. Some of her biggest achievements include growing the Greenwich ag program to include more than 60% of the high school population, securing more than $600,000 in grants to benefit Greenwich and area agriculture programs, having six of her past students become ag teachers, receiving the Honorary American Degree and being recognized as an advisor to a National FFA Officer. 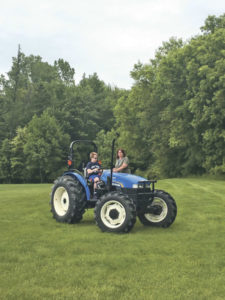 As she completes her 33rd year of teaching she reflects on the students who were once active in her classes and went on to be dairy farmers, veterinarians, veterinary technicians, doctors, nurses, food scientists, lawyers, teachers, technicians, loan officers, business managers and many other valuable careers. Foote said her teaching style is providing opportunities for students and encouraging them to take advantage of those opportunities. One of those students, Tricia Jordan, pursued food science after traveling to the National FFA Convention and being introduced to Clemson University. Jordan’s nomination said, “Mrs. Foote is truly the reason I am where I am today – and I know hundreds of other people will say the same. She pushed me to try things out of my comfort zone and was the reason and motivation behind me becoming a NYS FFA Officer. Students may only have Mrs. Foote for 40 minutes a day, for one class or many, but then you’re truly stuck with her for life! She becomes a life supporter and encourager and a person you can go to no matter what – forever. She’s the best educator and advisor.” 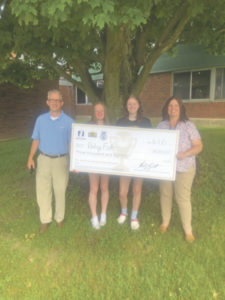