Figuring out the digital transformation puzzle 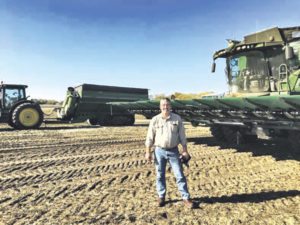 As a co-owner of a family farm operating in Illinois for nearly 150 years, Martha King is very aware of how profound technological advancements can change farm operations. “Obviously,” she said, “our farm has seen extraordinary changes over the past century and a half.”

King, who also serves as the Farm Foundation’s vice president of programs and projects, provided the introduction for that organization’s forum, “Advancing Digital Agriculture at the Farm Level.” Located in Oak Brook, IL, the Farm Foundation has used policy, innovation and education to improve the understanding of agriculture and the needs of ag professionals with the community at large since its founding in 1933.

King stressed that today’s use of “digital agriculture tools” ensures that everyone within the sphere of an ag operation works together as a team to communicate and make the best decisions for their farm. Despite this, there is a constant challenge in connecting many farm operators to these tools. “The past decade has seen great advances in ag tech, but practical barriers to access and adoption at the farm level still persist,” she stated.

Shari Rogge-Fidler, a fifth generation farmer and president and CEO of the Farm Foundation, moderated the forum. “We’ve seen a recent explosion of VC- [venture capitalist] and corporate-funded innovative technologies,” she said, adding that it was important that the forum’s speakers call attention to barriers of on-farm digital ag tool adoption. Rogge-Fidler pointed to data interoperability, the ability of systems that create and log data to clearly and understandably relay those data to other systems and users, to be a key barrier in her experience.

Teddy Bekele, senior vice president and chief technology officer at Land O’Lakes Inc., emphasized the importance of accurately using ag tech in monitoring farm operations. “In the future there will be nearly four million data points that will be generated from just a single farm per day,” Bekele noted. He said that since the future of farming will be data driven, it will be essential that farmers use data properly. Bekele said that technology such as remote sensing, or the scanning of the earth by satellites, piloted aircraft and drones, to enable farmers to view the health of vegetation on a given plot of land without having to step foot on it has already changed the way many farms operate in just five short years.

Bekele identified “market clutter” as a key barrier to successful ag tech implementation. “There are lots and lots of technologies out there that are very focused in niche areas. How do you put it all together?” In order to enable farmers to benefit from this technology, he said there will have to be a consolidation of new programs and a general decrease in the number of platforms farmers need to deal with.

Brian Krambeer is president and CEO of MiEnergy, a member-owned electric distribution cooperative operating in southeastern Minnesota and northeastern Iowa. He conceded that emerging technology was very important, but also drove home that one of the biggest barriers that his members face is not a new one, but an old one: infrastructure. “Terrain is a challenge for us, and not just in delivering electricity, but also in receiving broadband,” he said.

According to the American Farm Bureau Federation, access to broadband is essential for farmers to follow commodity markets, communicate with their customers, gain access to new markets and, increasingly, for regulatory compliance. While over 90% of urban and suburban residents in the U.S. have adequate access to broadband, only 63% of rural residents enjoy the same level of service. “A good share of our service territory is classified as ‘underserved’ or ‘no service’ when it comes to broadband,” said Krambeer. To address this, MiEnergy partnered with SpringGrove Communications and Mabel Cooperative Telephone to create MiBroadband, an organization delivering broadband access to those in MiEnergy’s territory without it. Krambeer said MiEnergy has seen tremendous success with the partnership and hopes that it can serve as a model to cooperatives nationwide.

Steve Pitstick, owner of Pitstick Farms, a grain operation in Maple Park, IL, rounded out the list of the forum’s speakers. He marked expensive new equipment as a potential barrier, but said that the capital investment can be worth it. “We’ve learned a lot from digital imagery, seeing the things that we were doing wrong as a farmer.” he said “Traffic patterns, different parts of a field acting differently – that’s been a real learning process. But it’s also been very helpful.”

Lastly, Pitstick encouraged agricultural operators to take advantage of machinery utilizing real time data, calling it some of the best technology he’s ever used. “With real time data in our machines, we’re making decisions based off of things we were seeing and learning at the moment, instead of taking that data back to the computer and looking at it two months later,” he commented.

While there will always be new innovations on the horizon, Bekele summed up what all agreed was the key takeaway from the forum: “People, not technology, are the most important piece in the digital transformation puzzle.”