Fighting the constraints of cage-free production 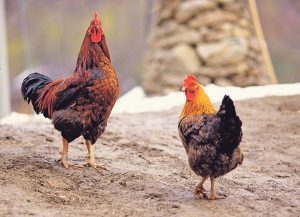 Last month, New York Assemblymember Linda Rosenthal (D-Manhattan), a member of the Committee on Agriculture, introduced Bill A11041, which would require a farm owner or operator that produces shell eggs or liquid eggs for human consumption to confine egg-laying hens in a cage-free housing system within the next two years.

An animal rights activist, Rosenthal, the sole sponsor of the bill, said the ongoing evolution in the preferences of consumers means there’s an increased demand for foods from smaller local farms and heightened appetites for humane conditions for farm animals. According to federal data, New York was home to an estimated 5.5 million egg-producing hens, with a production value of $89 million, in 2017. Research from Cornell University noted that the largest portion of the NY poultry industry is the egg industry, with 86% of poultry revenue.

The proposed bill is similar to legislation that was passed in California, Michigan, Oregon and Washington which requires all eggs sold to come from hens not confined to cages.

Country Folks reached out to Rosenthal’s office to inquire what kind of impact this would have on NY’s poultry farmers; as of press time, we had not received a response. However, the bill lists the following as reasons for its introduction: “According to the Pew Commission on Industrial Farm Animal Production, food animals that are treated well and provided with at least minimum accommodation of their natural behaviors and physical needs are healthier and safer for human consumption. A key finding from the World Health Organization and Food and Agricultural Organization of the United Nations Salmonella Risk Assessment was that reducing flock prevalence results in a directly proportional reduction in human health risk. Egg-laying hens subjected to stress are more likely to have higher levels of pathogens in their intestines and the conditions increase the likelihood that consumers will be exposed to higher levels of food-borne pathogens. Salmonella is the most commonly diagnosed food-borne illness in the United States. It is the intent of the legislature to protect consumers from the deleterious health, safety and welfare effects of the sale and consumption of eggs derived from egg-laying hens that are exposed to significant stress and may result in increased exposure to disease pathogens including salmonella.”

The bill defines a “cage-free housing system” as an indoor or outdoor controlled environment for an egg-laying hen within which the hen is free to roam unrestricted except by exterior walls, the hen is provided unlimited access to the outdoors in a safe and secure environment that prevents access to predators and that each hen is provided with at minimum the amount of usable floor space required by the 2017 United Egg Producers’ Animal Husbandry Guidelines for United States Egg-Laying Flocks: Guidelines for Cage-Free Production – 1.0 – 1.5 square feet per hen to allow for normal behavior.

“Animal care based on sound science and in consultation with a farm’s veterinarian is a priority for every poultry farm producing quality eggs. While the Assemblywoman may be well intentioned, the added regulation is simply unreasonable,” said Steve Ammerman, NY Farm Bureau’s public affair manager. “This should be a marketplace decision. Cage-free eggs are available for consumers who choose them, but forcing added regulation will only increase the cost of eggs at a time when food insecurity is already a challenge for many people. In addition, the two-year timeline is completely unrealistic. No farm could completely revamp their production method or afford what the bill proposes in that short timeframe.”

NYFB has been in contact with a number its members who are concerned about the legislation. They will be reaching out to lawmakers and appropriate officials to discuss the legislation and what this could mean for farms, consumers and animalhealth.

One reason farmers are concerned is that per the bill, a violation of the new regulations will be punishable by a civil penalty of up to $5,000 for the first violation and up to $25,000 for any subsequent violation.
“It’s important to note that regardless of the housing option used by egg farmers, all indoor housing can appropriately provide for hen health and well-being while protecting them from the elements and predators,” said Animal Ag Alliance Vice President of Communications Hannah Thompson-Weeman.

The United Egg Producers describe the different hen housing systems (online at uepcertified.com/choices-in-hen-housing). The different systems have trade-offs in terms of animal welfare, sustainability, worker health and safety and food safety. Thompson-Weeman noted the Coalition for a Sustainable Egg Supply conducted a three-year study to evaluate three laying hen housing systems: conventional cages, cage-free and enriched colony cages. The final results (available at www2.sustainableeggcoalition.org/research) found that in regard to animal health and well-being, cage-free has substantially worsened cannibalism/aggression and keel (extension of the breastbone) damage compared to conventional and enriched colony systems.

“The push toward cage-free production in the U.S. has been driven by animal rights activist groups. By pushing for legislation and pressuring nationwide food brands to adopt certain policies, activist organizations are able to force the implantation of supplier requirements under the guise of animal welfare – even if the policy does not truly benefit animals,” Thompson-Weeman stated. “The underlying motive of these changes, which are almost always very costly for farmers to follow, is to make food production less efficient and drive up food costs, forcing consumers to make tough choices about what they can afford.”

According to the USDA, a dozen cage-free large white eggs costs an average of $2.05, compared to 87 cents for those raised conventionally. (The costs are regularly updated at ams.usda.gov/mnreports/pymcagefree.pdf.) Taking the choice to purchase eggs produced in systems other than cage-free housing away from consumers could negatively impact farmers, as it could change consumer demand for eggs given the increased costs, the Animal Ag Alliance said.

Thompson-Weeman also shared that in 2018, Jayson Lusk, Ph.D., an agricultural economist from Purdue University, conducted research that imitated decision-making in the retail environment to assess consumer knowledge and willingness to pay for various product attributes, including cage-free eggs. The survey had more than 2,000 respondents. The key takeaways included that there is some potential for greater market share for cage-free eggs than is currently observed but not a majority market share; more than half of egg shoppers are price sensitive, showing willingness to pay less than 40 cents more per dozen for cage-free eggs; and removing the option to buy more affordable, conventionally produced eggs significantly increases the share of consumers not buying eggs at all.

Bill A11041 is currently in committee. Producers who may be affected by the proposed legislation are encouraged to contact NYFB and the NYS Assembly Committee on Agriculture (Committee Chair Donna Lupardo’s email address is lupardod@nyassembly.gov).