Fighting back against food bullying 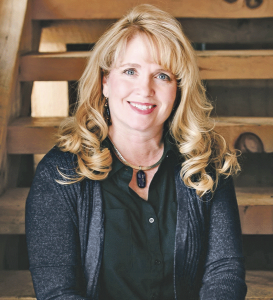 If you are still tacking New Year’s resolutions to your list, consider helping to stop the issue of food bullying. The issue is an epidemic, according to Michele Payn, founder of Cause Matters Corp., a company which focuses on addressing food myths, developing science communication and connecting farm to food, and author of the recently released “Food Bullying: How to Avoid Buying B.S.”

By definition, an epidemic is “a widespread occurrence of an infectious disease in a community at a particular time.” Payn believes misinformation is the “disease” spreading globally. She speaks as someone who raises a small herd of Holsteins and someone who holds degrees in agricultural communications and animal science from Michigan State University.

“Food Bullying” follows the groundwork she laid in her first two books, “No More Food Fights!” and “Food Truths from Farm to Table.” Her motivation for writing has been 18 years of work in agvocacy, animal welfare and sustainability – but ultimately it was the fact a lot of people are disconnected from farming and therefore don’t trust it, and even fear it. And bullies prey on fear.

“People are shaming, taunting, evangelizing, judging. If you’ve ever been judged for what’s on your plate or in your shopping cart, you’ve experienced bullying,” Payn said. “The biggest challenge is the ‘antibiotic-free’ claim. Absence claims are a bit of a fairy tale. Everything is USDA tested and antibiotic free whether the label says that or not.”

Farmers of all kinds, whether they raise livestock or grow fruits and vegetables, are more connected these days thanks to social media and the internet. What was once a private business is now much more transparent, thanks to consumers’ desires to see where their food comes from. However, consumers who don’t understand why things are done a certain way then fall prey to misinformation and are bullied by those who voice their opinions more loudly.

An unintended consequence of those boisterous voices: People can no longer afford food. “Egg-laying chicken housing regulations have raised prices and created a lack of availability for people who can’t afford it,” Payn said. “People who live in need buy less produce because some are afraid that if they don’t buy organic they’re going to harm their families.

“Your response is individual,” she said. “Have a positive response so people watching from the outside see something more positive than the bullying.”

What the ag industry is dealing with

One rumor dairy farmers are battling against is the one that says children mature early because of the hormones in cow’s milk. “Puberty happens faster with the more calories you consume,” Payn pointed out. “Beef naturally has hormones in it. We have misinformation stuck in our brain that says ‘We’re pumping steroids into animals.’ We’re not.”

She said she learned of a dairy farm in Germany that dealt with the rage of the vegan community after simply posting a picture of a child drinking milk on their Facebook page.

There’s an entire chapter in the book dedicated to dealing with the claims about the amount of methane cows produce and its environmental impact. It’s titled “Are Cow Farts Folklore?” Payn said her research – and the research of others – show there are false reports about this issue.

A major problem is that of labels. “One of the labels that sets me off is ‘ethical.’ How is your food more ethical than mine?” Payn wondered. “Then there’s ‘family farm.’ Is it meaningful? Measurable? ‘All natural’ – you could slap that on Cheetos. ‘Cleansing, whole, non-GMO, clean, local.’ If these claims are not measurable, they lack meaning. The FDA has been after manufacturers to clean up this mess for years.”

She added that the “why” behind labeling can be a fear filter: Why is something that only has corn in it labeled gluten free? Why is chicken labeled antibiotic-free when all chicken is? Asking why would reduce confusion and bullying because it would reduce fear.

“It’s not just about labels and marketing,” she stated. “It’s even happening between farmers, not just between the farm and the plate. We need to respect each other’s choices when it comes to how we raise our animals and grow our crops.”

Payn believes people are looking for civil discourse on these topics. Biologically, human brains hold on to misinformation until it is actively replaced with essential information – and so food claims needs to be handled proactively.

“The information overload we deal with today is insane. Information literacy is critical with so much noise,” she said. “People are worn out, stressed. I urge people to use encouraging words rather than those that bully.”

Farmers – and all those in the food industry – need a more compelling message; they can’t just dump data, Payn said. They need to make connections to build trust.

“If you know your standards, you can measure every food claim against those standards. Develop your own food story,” she advised. “Know the source or the science or the system (regulations, safety, etc.) to overcome bullying.”

Payn hopes farmers and consumers connect more, and that her book can continue to open up that dialogue.

“My book targets anyone with an interest in eating, and I hope the ag community will be interested as well – farmers, vets, dieticians. I provide information, and translate the science through stories,” she said. “I do believe this tide will turn.”