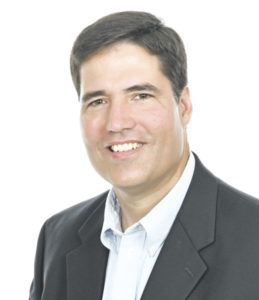 Never before have dairy managers faced such diverse challenges as they face today. Richard Stup, Ph.D., with Cornell Agricultural Workforce Development, recently hosted a dairy call-in conversation to discuss the importance of employee handbooks to better manage those challenges.

“A lot of farmers in New York have become interested in writing employee handbooks, especially in the last few years,” Stup said. “There’s an increasing number of policies and some are requiring written documentation.”

One of those was enacted two years ago when New York required employers to maintain a sexual harassment prevention policy and provide a form on which employees could write complaints.

Stup said that with all of the laws that require a written policy, “you may as well have an employee handbook.”

Many of the farmers in the conversation lacked an employee handbook. Stup advised against writing one from scratch. “Chances are, there will be things in there that are illegal,” he said.

A few years ago, he was working with an employer who had a problem with people leaving without giving a two-week notice. He made a new policy that employees would not get their last paycheck if they didn’t give a two-week notice before quitting. “It worked, but it’s not legal,” Stup said. “If people work, you have to pay them.”

Instead of winging it, he recommended using a template from Cornell (available at agworkforce.cals.cornell.edu/human-resource-management/employee-handbooks). Creating an employee handbook is not a one-and-done event. As a living document, it will need tweaks.

It’s also important to consistently apply what is in the handbook. The best first step is to avoid putting in policies that are not enforced.

“If there’s a policy that is never enforced, it invalidates the whole handbook,” Stup said. A policy that’s caused a lot of angst among farm managers is a cell phone policy. Since no law prohibits cell phone use at work (except in some states while driving, unless it’s hands-free), farmers do not have a legal reference.

“It’s not uncommon for people to abuse cell phones,” Stup said. “They may have an exciting discussion on social media while they should be working or texting with their friends. That’s not appropriate to take time away from work. Some employers react strongly and lock out cell phones, having people put their cell phones in the office when they clock in and they can pick it up when they clock out. But employees don’t like it because they may have an emergency.”

Not all cell phone use is superfluous. Sometimes, a phone use may augment employees’ tasks, such as using a weed identification app, finding a video on how to fix equipment or photographing a broken gate to show the boss.

“There are a lot of reasons people should have their cell phones at work,” Stup said. “It’s a difficult policy right now. What employers need to do is focus on certain behaviors. If someone’s working in the orchard trimming trees, it might make the time pass easier if they could listen to music on their cell phone. But if someone’s in the free-stall barn where there’s machinery and they can’t hear people around them because of the music, it could be a real safety issue.

“Farmers need to have policies for using cell phones a reasonable amount. To check the phone now and then should be fine as long as it doesn’t become excessive … or a safety hazard, just as you shouldn’t be texting while driving or operating a piece of heavy equipment.”

Employee handbooks can also include housing policies for farms that include employee housing. Stup recommends establishing policies and training employees on what they expect. “Employers need to get into the housing on a regular basis,” he added. “If there’s a problem, it may be every week. If no problems, a few times a year.”

Leave time has recently changed. Instead of separate “buckets” for sick leave, vacation and personal time, employers may now lump it all together as “paid time off” (PTO). “A lot of farmers are going in that direction,” Stup said. “They can use PTO for illnesses, to care for a family member or run errands. It’s a lot less to keep track of. That sick leave or PTO can accrue from year to year. The employer is allowed to put a cap on how much they can use in any given year. That can be as low as 40 hours. I encourage them not to put that cap so low. Let’s say they get sick in March and use those four to five days. If they get sick in September, do you really want them to come into work? A lot of people are thinking differently about sick days.”

While farmers tend to stoically work through illness, it can turn into a major staffing issue if the whole team gets sick at once. If each employee gets sick in turn, it can diminish the efficiency of the team.

Stup said many people who supervise others on farms lack training in management. For that reason, Cornell has started a six-lesson online course that teaches agricultural supervising. “The role of the supervisor has become incredibly important,” he said. “That frontline supervisor, whether the owner or a middle manager, creates the employee experience. They make it a pleasant or miserable place to work.

“They either organize things well and communicate well or they don’t and have a workplace that’s confusing and unrewarding. They don’t feel they’re part of the team. Supervisors drive that on a day-to-day basis. You don’t leave the organization; you leave your supervisor. That’s another reason to make sure supervisors on farms are good communicators, good at building relationships and willing to listen and do all the things to make employees feel engaged.”