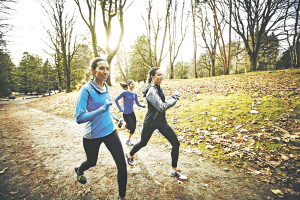 Want to bring more people to your farm? Want to find a different source of agritainment income? Farms often boast a lot of land and not a lot of traffic. Have you considered hosting a race?

According to Running USA, more than 18 million people registered for races in 2017, with 5Ks – the most popular distance – featuring more than 8.8 million of those runners. A standardized distance in running, five kilometers (5K) equals 3.1 miles.

With entry fees averaging $34 (per a report from the New York Times), but costs only totaling $27.50 (for advertising, T-shirts, timing services, insurance, etc.) per runner, as long as a race host could draw in 200 runners, they could make a profit of $1,300 without sponsors.

Some farms have already trotted down this path. Read more about their experiences below.

Consider Fishkill Farms, a 270-acre orchard and vegetable farm in East Fishkill, NY. “We had been thinking about how it would be fun to host a 5K race but didn’t have the time or resources to do so by ourselves in the midst of our U-pick operation,” explained Katie Ross. “One day, a member of our local Rotary Club came in and asked if we could collaborate on hosting a 5K event. It was quite serendipitous!”

The Rotary Club was new to planning races and sought out the farm because they wanted to host it somewhere local roads didn’t need to be shut down. Fishkill Farms provided the space, marketing support, course mowing, assistance planning – and donuts. The Rotary Club was in charge of the ticketing website, race T-shirts, soliciting sponsorships, print marketing, course signage and hiring an ambulance and a DJ, so the two entities split the up-front costs.

Ross said the farm has continued to host the race because they had so much fun doing so the first time. “Both organizations worked together well,” she said. “We’ve increased our turnout and the event is of benefit to the Fishkill Rotary, who do a lot to support our community.” Together, they are planning to host the race for a third year this July.

Because it is a U-pick farm, Fishkill Farms already has the infrastructure and proper insurance to accept customers onto their property.

Diane Miller married David Miller, and together, they worked on his family’s Miller Plant Farm in York, PA, opening the Miller Plant Farm Garden Center in 2011. In February 2015, Diane was diagnosed with pancreatic cancer. While undergoing treatment, she learned about Wellspan’s York Cancer Patient Help Fund, which gives 100% of the money donated directly to local patients to help meet their immediate needs. Miller Plant Farm hosted its first Cancer Care Day 2017, raising $6,000 for the fund.

Sadly, Diane lost her battle in June 2018, but last year, the Diane Miller Gift of Hope Fund was established, raising nearly $24,000 for local patients during that year’s Summer Bash, which includes a race.

On Aug. 1, the farm will be hosting its fourth annual Summer Bash featuring the Farm Fresh 5K. In 2019, their race had more than 200 runners registered.

Lundale Farm started hosting its Pottstown, PA, 5K in 2014. Since 2017 it has been an annual event. “The goal for our 5K is to invite runners to enjoy our beautiful farm that is not normally open to the public,” said Jodi Gauker, Lundale Farm’s executive director.

“Our farm is a great place to host because we have a gravel road the runs through the property, and then beautiful fields that we can run through and around as well. It really shows off the assets of the property from the vast pastures to the rolling hillsides. The farm road runs along the French Creek in places, and livestock line the lane as well (cows, pigs and chickens),” she added.

Consisting of 520 acres, those at Lundale Farms view the run “mostly as a friend-raiser instead of a fundraiser,” according to Gauker. She said sponsorship from local businesses support race expenses like portable toilet rentals, the fees for the timing system, food and drinks. “The runner fees really just cover the cost of their shirt and a little extra for other expenses. The goal is really to meet people who enjoy farmland and locally produced foods so they can see the work that we’re doing,” she explained. 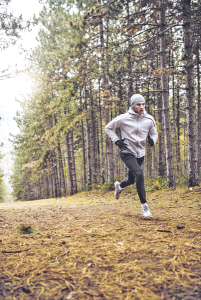 Of course the course matters

Fishkill Farms in downstate New York features rolling hills, providing a challenging course for those who run it, along with plenty of old-growth apple trees to provide shade and amazing views of the Hudson Valley, according to the farm’s Katie Ross.

The Farm Fresh 5K, hosted by Miller Plant Farm, is an all-terrain run that takes participants through the fields of the farm. “Hosting the public to our farm for this event allows our community to see portions of our land which are otherwise private and not publically accessible,” noted Christy Miller.

The race course at Lundale Farms has evolved over the years. At first it included a loop on their Horseshoe Trail, a public trail that runs through the property, and then onto their farm road, starting and finishing at a nearby school. They eventually discovered they could fit the entire course on the farm completely, so they do that now, including a loop around neighboring Kneehigh Farm’s vegetable fields. Unlike most runs, which take place in the morning, Lundale Farm’s event is a twilight run, just before sunset.

Every farm Country Folks spoke to about the benefits of hosting a race mentioned the exposure to a new segment of the population. In the case of Fishkill Farms, promotion done by their Rotary Club partners helps raise awareness about the work they do and brings people to the farm to see it themselves.

“We would recommend other farms host an event like this if they have the capacity to do so,” said Katie Ross. “As local farmers, we try to be involved in our community as much as possible. Our neighbors support us and we support them too.”

Christy Miller of Miller Plant Farm agreed. “I would absolutely recommend other farms hosting events such as a trail run. Having a benefit for the event always makes it more personal and more purposeful. This also makes it very personal for our family,” she said. “Ultimately, it’s so wonderful to see our community come together for such a wonderful cause.”

Financially, farms need to consider what their goals are before deciding to host a run, Lundale Farm’s Jodi Gauker noted. “It is not a get-rich endeavor, but it is a great way to allow the public to enjoy your farm,” she said.

In general, hosting a race is not a “get-rich-quick” endeavor, but hosting a 5K may have other benefits for your farm – most notably, bringing new visitors to your operation. Turning the race into a benefit to help others will also draw in more folks.

Check out a detailed breakdown of the math of hosting a race at 5kevents.org/cost-to-produce-5k.html.