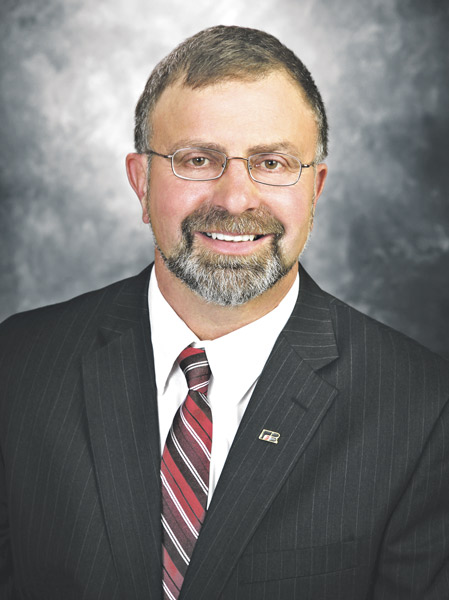 Richard “Rick” Ebert has been reelected to another two-year term as Pennsylvania Farm Bureau president by voting delegates at the organization’s 70th Annual Meeting. This year’s event was held virtually.

“I am humbled by the faith and trust that members of this organization have placed in me to serve another term as president,” Ebert said. “Despite all the challenges our farm families have faced in recent years, I firmly believe that Pennsylvania agriculture is in a position to thrive in the years ahead.”

Ebert has served as president of PFB since November 2014, and is a member of the American Farm Bureau’s Board of Directors and its Executive Committee. Ebert is the eighth president in the 70-year history of PFB.

Ebert operates Ebert Family Farms with his sons in Blairsville, Westmoreland County. The farm has 80 Holsteins, with milk shipped to Pittsburgh-based Turner Dairies. In addition, the farm raises 100 sheep for wool and meat, and raises vegetables for local restaurants.

Ebert has a long history of Farm Bureau involvement, having served as PFB’s vice president for 10 years and as a member of the Board of Directors from 1996 to 2004. He is a past president of the Westmoreland County Farm Bureau. In addition, he chaired PFB’s Dairy Committee and presented testimony before the PA Milk Marketing Board on behalf of dairy farmers across the state.

Ebert received the Mid-Atlantic “Master Farmer” Award in 2009 in recognition of his farm success and civic engagement, and is a recipient of the Charles E. Cowman Memorial Award from the Professional Dairy Manager of Pennsylvania. He received his bachelor’s degree in dairy science from Penn State. He and his wife Diane have four children and five grandchildren.

Ebert said he has been particularly proud of the work that Farm Bureau volunteers have done this year during the midst of the pandemic, such as organizing community food drives and interacting with elected officials so that they were aware of the economic hardships occurring in farm communities across the state.

“It is the work of our Farm Bureau volunteers that make me so proud to have been elected as president of this organization,” Ebert said. “Our farm families rose to meet the challenges this pandemic presented, especially their work to address food insecurity in their local communities. I am proud of the men and women of Pennsylvania agriculture.”