Clarifying the muddiness of the ‘Waters of the U.S.’ 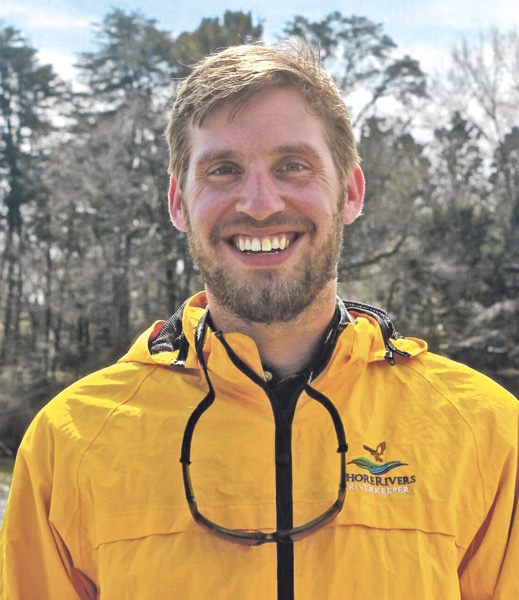 The University of Maryland recently hosted a webinar to discuss the “Waters of the United States” (WOTUS) rule, the “Navigable Waters Protection” (NWP) rule, and how their interpretations of the 1972 Clean Water Act (CWA) may possibly affect farmers and agricultural operations in the future.

The workshop, titled “Waters of the U.S.: From Obama to Trump, Understanding How the Rule Impacts Agriculture in the Mid-Atlantic,” was presented by a panel of three experts: Matthew Leopold, a partner at Hunton Andrews Kurth LLP, who previously served as General Counsel for the EPA under President Trump; Matt Pluta, director of Riverkeeper Programs for the clean water advocacy group ShoreRivers; and American Farm Bureau Federation’s (AFBF) Senior Director of Regulatory Relations Don Parrish.

Introduced in 2015, WOTUS was one of the most controversial environmental rules enacted under President Obama. Supreme Court decisions in 2001 and 2006 allowed the Obama Administration to expand the definition of the term “navigable waters” in the CWA to incorporate over 60% of the bodies of water in the U.S. This included tributaries and bodies of water adjacent to federally protected water, wetlands, ponds and lakes.

Many of these navigable waters are situated on land owned and operated by small to midsize farmers. Both the AFBF and the U.S. Chamber of Commerce argued that this subjected these landowners to jurisdictional overreach by the federal government. Enforcement of the rule had been blocked by federal injunctions for a number of years as these two organizations and a number of farmers filed lawsuits against the EPA. The Trump Administration formally repealed the WOTUS rule on Sept. 12, 2019.

“This issue of what constitutes ‘waters of the U.S.’ is an issue that has been at the heart of [AFBF] policy,” said Parrish. “Our members are very supportive of clean water, but they lack clear rules. We all know that we have to comply with the law, and the more clarity that we have around what constitutes a definition as important as ‘waters of the United States,’ the more we’re able to help our farmers comply with that law.” He opined that WOTUS negatively affected farmers by bringing them within the scope of the CWA, which shifted from being a statute that regulates water quality to one that polices land use.

A co-author of the NWP rule, Leopold served as lead counsel on that rule’s implementation. Crafted to replace WOTUS, NWP streamlines the navigable waters definition of jurisdictional waters, providing clear exclusions for many water features that traditionally have not been regulated, and defining terms in the regulatory text that have never been defined before. “For years,” he explained, “court after court, from the Supreme Court on down, have recognized that [CWA] was incredibly vague.” He described how various government agencies like the EPA and U.S. Army Corps of Engineers have used increasingly liberal interpretations of the law to encroach on the rights of farmers to freely use their land.

Under NWP, the four clear categories of federally regulated waters are territorial seas and traditional navigable waters; perennial and intermittent tributaries to those waters; certain lakes, ponds and impoundments; and wetlands adjacent to jurisdictional waters. Just as important, the NWP enumerates 12 categories of exclusions, such as features that only contain water in direct response to rainfall, groundwater, various types of ditches, prior converted croplands and waste treatment systems. These clearly defined exclusions have freed up many farmers from what they have regarded as unwarranted and onerous interference.

Parrish noted that his members were largely pleased with NWP’s clarity and hoped to see its measured and consistent implementation in the future.

According to Pluta, his organization is currently “focused on how the new rule may and will impact water quality on the eastern shore [of Maryland], where we’ve got very valuable rivers that are already suffering from too much pollution from nutrients and sediment.” He feared that the weakening of rules and oversight could lead to increased pollution and crop loss. He added that it was impossible to look at water quality without also addressing land use and how that impacts water quality. He worried that left unchecked, pollution stemming from poor land use practices will inevitably lessen the overall quality of surrounding waters. “We do have to look at the land piece of this. They are interconnected.” He also stressed the need for better mapping of waterways so as to make clear just what bodies of water are subject to CWA enforcement.

He expressed his belief that the Trump Administration’s position against WOTUS was not fully consistent with established EPA-recognized science-based objectives to restore and maintain the chemical, physical and biological integrity of the nation’s waters.

Pluta concluded with his concern that the Supreme Court, which has moved rightward in recent years, would be less likely than prior Supreme Courts to allow agencies like the EPA to engage enforcement on land use.