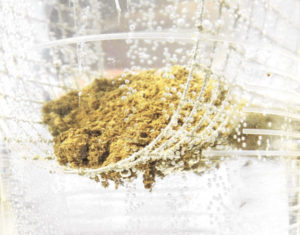 Carbon dioxide and carbon seem to be frequent headliners these days. Whether it comes in the form of a carbon cowboy, carbon footprints, carbon sequestration, carbon capture or carbon credits, many want to store it away as humus on agricultural lands to save the planet.

However, using farmers as climate “mitigators” to help fight climate change with rich humus has some hubris attached.

The nonprofit Soil Carbon Coalition want farmers to advance the practice and spread awareness of the opportunity of turning atmospheric carbon into living landscapes and soil carbon, whereby practitioners become deep topsoil watershed contractors. “A different kind of science is needed, based on shared evidence, open participation, specific locations and situations and learning to manage wholes consisting of people, land, the work of all species and money,” the organization said.

The problems with carbon capture ideas: They may pit one form or size of operation against another; who determines the “accredited” monitoring tools to verify quantifiable results; and what the vehicle is for incentive or payment for quality stewardship. As the carbon credit market heats up and new initiatives emerge, due diligence and common sense should be practiced.

The humus is already getting deeper. Unless you’re a microbe, you’ve been reading about the recent Land O’Lakes Cooperative deal to sell 100,000 metric tons worth of carbon credits to Microsoft Corp., which allows corn, soybean, wheat and cotton farmers to be paid $20/ton this summer for carbon sequestered in the soil. Interestingly, the cooperative’s subsidiary, Truterra LLC, runs the TruCarbon program that “will help farmers generate and sell carbon credits to private sector buyers,” said the company. It will use its “in-house” Truterra technology to verify the results through soil testing and other methods. Truterra said its data platform provides “a powerful soil health planning suite of tools to help them decide what is best for their business while optimizing their fields’ carbon credit potential.”

Washington Post journalist Gabriel Popkin reported Maryland farmer Trey Hill and the mixed cover crops grown on his fields at Harborview Farms have “became the first seller in a privately run farmer-focused marketplace that paid him $115,000 for practices that, over the past few years, had sequestered just over 8,000 tons of carbon in the soil. Hill connected with one of those carbon credit markets, a Seattle-based tech start-up called Nori.”

After lengthy negotiations, credits representing carbon stored in some of Hill’s fields went on sale in October 2019 at $16.50 a ton – around the most an acre of his farmland might capture in a year, Hill said. Buyers included the e-commerce company Shopify, Arizona State University and individuals looking to offset the carbon their activities produce. “Nori eschews traditional soil tests, which can cost thousands of dollars for a large farm, and instead relies on third-party audits and a U.S. Agriculture Department computer model called COMET-Farm that estimates greenhouse gas emissions from farms,” wrote Popkin.

“Nori has competitors. One is Indigo Ag, a Boston-based ag-tech company that has lined up corporate customers including JPMorgan Chase, Boston Consulting Group and Dogfish Head to buy credits for carbon stored in more than a million acres of farmland across 21 states. After farmers upload their 2020 data, Indigo will calculate the amount of carbon stored and verify the numbers with a third party, a process that could take six months,” reported Popkin.

According to the Jan. 22 article, the emerging market has hit speed bumps. “Nori hoped to enroll more than 100 farmers in 2020, but so far, only Hill and an Iowa farmer have sold credits on the marketplace, with three more in the final stage of verification, according to Radhika Moolgavkar, a Nori program manager. At least one potential buyer, Microsoft, which has pledged to go ‘carbon negative’ by 2030, turned down Nori’s credits because they weren’t backed by physical soil samples, Moolgavkar said. A Microsoft spokesperson declined to confirm that account.”

Australia’s Wilmot Cattle Company has struck a deal with Microsoft to sell around $500,000 worth of carbon credits for 40,000 tons of sequestered soil carbon, which the livestock operation has been able to achieve through sophisticated grazing management. According to Wilmot’s general manager Stuart Austin, “The grazing management focus has boosted productivity and profitability, and ensured overgrazing was not happening in drought years, but it has also resulted in soil organic carbon concentration lifting from 2.5% to 4.5%. The goal is to reach 6% by 2023. We see carbon sequestration as a co-benefit of our beef production systems.”

The Wilmot carbon credits have been verified and sold by a U.S. company, Regen Network, which has branded them CarbonPlus Grassland Credits. Regen said the “Plus” represents the significant environmental and agronomic co-benefits achieved in addition to the carbon sequestration, such as reduced need for inputs like chemical fertilizers and the near elimination of soil erosion. The deal was a first step in the Australian government’s emphasis on the country’s “de-carbonization” strategy.

The carbon credit conversation continues. As President Biden says, “Farmers can adopt agricultural methods that help fight climate change.” At a recent press event, he said his policies will make American agriculture the first in the world to achieve net zero emissions. To do this, Biden and new Ag Secretary Tom Vilsack plan to “create new sources of income for farmers by paying farmers to put their land in conservation and plant cover crops that use the soil to capture carbon.”

Pundits say saving the planet through carbon capture is saturated with hubris. “Not only is this money poorly spent, it’s just the beginning of what could be a decades long boondoggle of pouring ‘climate investment’ money down the drain while actively making our global environment worse,” said Sarah Mock, freelance agriculture writer, researcher and author of the bombshell “80 Million Reasons Not to Pay for Regenerative Farming” article.

“To be able to sell the service of removing carbon from the atmosphere (in other words, selling ‘negative carbon’), a farm would first have to prove that they are a net negative emitter themselves. To meet the public’s expectations of what ‘offsets’ are, a farmer like Trey Hill would need to show that in the course of running his business, he’s emitting less carbon than he’s sequestering in the soil with his practices, and thus that he has negative carbon to sell,” wrote Mock. “And that’s a tall order because conventional grain farming emits a lot of carbon – from planting and harvesting crops in giant, diesel-powered steel implements, to trucking grain by the semi-load, drying it by burning propane and applying fossil fuel-based soil amendments and fertilizers.

“In the reading I’ve done, I’ve seen no evidence to suggest that this type of accounting has been rigorously and transparently carried out by anyone involved in this deal. Instead, there is simply the assumption that 8,000 pounds of carbon will be sequestered due to these practices, and at about $17 a pound, that’s worth about $100,000, which allows companies to continue their own negative climate impact. And that’s supposed to be worth celebrating?” asked Mock.

According to the World Resources Institute, “Regenerative agriculture has become the darling of many policymakers, food companies and farmers. Advocates claim a triple win: climate change mitigation, increased profit for farmers and greater resilience to a changing climate. Our view is that the practices grouped as regenerative agriculture can improve soil health and yield some valuable environmental benefits, but are unlikely to achieve large-scale emissions reductions.”

“The maturation of soil carbon science has complicated matters. Reduced tillage, already practiced by thousands of farmers, was once considered a major climate win because researchers saw carbon accumulate near the surface of untilled soils. However, studies that sampled deeper soil layers revealed that carbon was lost there, wiping out most of the apparent gain,” noted the Washington Post article.

Whether sequestering carbon is about adding humus or hubris, farmers have much to consider.