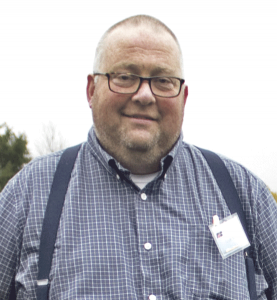 WASHINGTON, D.C. – When Sen. Maggie Hassan (D-NH), a member of the Senate Finance Committee, issued a press release saying she planned to support the bipartisan USMCA at the markup session, she pointed out that she had carefully considered its provisions and listened to businesses and people across the Granite State. The deal will help level the playing field for New Hampshire’s and the country’s innovative businesses that are competing in a global economy, she said. The agreement also contains strong enforcement mechanisms designed to protect workers, consumers and the environment.

New England business organizations have been quick to support to stance on the updated trade agreement.

In New Hampshire, Jim Roche, president of the Business & Industry Association that serves as a statewide Chamber of Commerce, noted, “The BIA is pleased Senator Hassan supports the USMCA. This is an important trade pact for New Hampshire businesses … Our North American neighbors make up the state’s largest trading bloc.”

Dairy farmer Scott Mason of Northwinds Farm in Stratford, NH, who chaired the American Farm Bureau Federation National Dairy Committee about 20 years ago and last year served on an AFBF Dairy Marketing Order Work Group, pointed out that the USMCA is particularly important to farmers who live in the northern part of New England. “My wife and I milk cows north of the Notches,” he explained. “We benefit from free trade going both ways across the border. Most all of the grain we purchase is from Canada. Keeping imported grain tariff-free is very important to keeping farms in northern New England competitive with farms in other areas of the country. Our closest equipment dealers are in Quebec. We buy parts from Canada as well as specialty equipment that’s manufactured in Quebec.

“I am glad to see that Sen. Hassan is supporting the USMCA trade agreement. This new agreement with Canada will not, however, have a large impact on U.S. milk price. The new quotas for tariff-free exports to Canada represent only 3.6% of the Canadian dairy market or roughly $70 million of dairy products. We currently export $675 million of dairy products annually to Canada. But bringing this trade war to an end and getting Mexico to drop its 25% retaliatory tariff will have a significant impact on the milk price in the U.S. and New Hampshire. The U.S. exports approximately $1.4 billion of dairy products annually to Mexico.

“I also am happy to see that Sen. Hassan has challenged our government to monitor Canadian compliance with this agreement. Canada has a quota system to control price and production of milk within their country. The Canadian government has promised their dairy farmers $1.31 billion in aid over the next seven years to offset USMCA.

“I would specifically encourage the U.S. to monitor how Canada balances its supply. If we increase our exports to Canada only to have them dump surplus milk onto the world market at below cost or subsidized to below the U.S. price, then we could lose export markets in other countries.

“As all the details of the deal emerge, I will also be looking to see whether Canada gained any new access to the Mexican dairy market that has not been available under NAFTA,” he stated.

Mason was recognized at the NHFB’s annual meeting in November with the 2019 NHFB President’s Award. He was cited as a dairy farmer who has been actively involved at every level of Farm Bureau, with a focus on policy and advocacy.