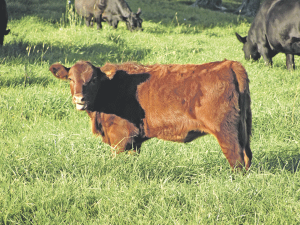 For a company that sells mostly beef, one might guess it wouldn’t want to upset the nation’s farmers. But on the heels of the non-beef Impossible Burger campaign, Burger King has once again angered beef producers by rolling out a provocative video featuring famous teen yodeler Mason Ramsey, which expounded on a narrative of farting cows contributing to climate change.

The odd satire attempt has a happy ending according to Burger King, which sells over 2.4 billion hamburgers each year across the globe, because the company is claiming they have a “Reduced Methane Emissions” Whopper. The company is touting a flatulence-saving, breakthrough process they funded with globally renowned scientists Octavio Castelan, Ph.D., professor at Universidad Autónoma del Estado de México, and Ermias Kebreab, Ph.D., professor at the University of California-Davis, to test and develop its formula of adding 100 grams (0.22 pounds) of heavily processed lemongrass leaves to the cows’ daily diets.

The chain said it has rebalanced the diet of some of “its” cows by sprinkling dried lemongrass in a bid to limit bovine contributions to climate change. By tweaking their new “open source and fairly simple to implement” diet, Burger King said it “believes it can reduce a cow’s daily methane emissions by about 33% per day during the last three to four months of their lives, according to initial study results.” Burger King introduced its Reduced Methane Emissions Beef Whopper, made with beef sourced from cows that emit reduced methane, in select restaurants in Miami, New York, Austin, Portland and Los Angeles, while supplies last.

“This initiative is part of our ‘Restaurant Brands for Good’ framework. At Burger King, we believe that delicious, affordable and convenient meals can also be sustainable,” said Fernando Machado, global chief marketing officer of Restaurant Brands International. “We are making all our findings public. This is an open source approach to a real problem. If the whole industry, from farmers, meat suppliers and other brands join us, we can increase scale and collectively help reduce methane emissions that affect climate change.”

The gaseous exchange is being met with vigorous responses from the scientific and agriculture communities and even boycotting, by hamburger-loving consumers. “For starters, the research hasn’t gone through the rigorous and important step of peer review. Burger King isn’t the first to hypothesize that diet could play a role in ruminant animals’ methane emissions,” said Dr. Frank Mitloehner (aka the GHG Guru and a UC-Davis professor).

“It would be thrilling to see a 33% reduction from lemongrass, but we need to see the work before we jump on the bandwagon and claim victory. Premature results – if flawed – threaten to further confuse consumers and jeopardize other important work taking place in the field. And even if by some stroke of brilliance, luck or both, lemongrass is our savior, Burger King’s campaign – including its catchy video – is misguided. Cow flatulence might be humorous to humans, but it’s not the problem. Nearly all enteric emissions come from the front end of a cow, in the form of burps. Overall, 60% come from belching and 40% manure. Not only is it factually inaccurate to suggest otherwise, it’s a bit juvenile,” said Mitloehner.

NCBA CEO Colin Woodall said, “Members of the National Cattlemen’s Beef Association are disappointed by the release of Burger King’s #CowsMenu campaign. The nation’s burger restaurants can (and many do) play a vital role in helping improve beef’s sustainability and reducing its environmental footprint. Unfortunately, Burger King has chosen a different path, relying on kitschy imagery that misrepresents basic bovine biology – cattle emissions come from burps, not farts – and on the potential impact of a single ruminant nutrition study that was so small and poorly conceived, it was dismissed by many leading NGOs and beef industry experts. We’re disappointed that Burger King has decided to follow a path that is misaligned with those who are already making real-world efforts to reduce beef’s environmental footprint, opting instead to score easy points with consumers by launching a misleading public relations campaign.”

“Burger King could have turned this research into an amazing ad campaign (after the research was replicated, conclusive and actually published, of course!) but instead they made an awful child-filled propaganda piece that angered scientists and farmers and led to thousands of people vowing to boycott their products from now on,” said Michelle Miller, an Iowa-based farmer and social influencer. “The backlash toward Burger King was intense from all walks of life. For once, vegan animal rights activists and livestock farmers can come together and agree on something! Vegans feel the ad and the fast food company’s efforts just aren’t good enough since beef is still on the menu. Livestock farmers, me included, have been upset at how we were portrayed. The average consumer felt insulted like it was virtue signaling and green washing. Scientists were upset that their research was twisted into the video the way it was.”

The fiery reactions have prompted Burger King to wipe up their mess. In a July 22 report in Drover’s Magazine, editor Rhonda Brooks wrote, “Burger King officials contacted Dr. Frank Mitloehner after seeing his response to the company’s commercial, saying they were surprised by his reception to their campaign. ‘I educated them on the facts, and they made several changes,’ Mitloehner says. ‘They took content out that was demeaning to farmers…and they pulled the content from all TV stations. So, to me, that is very positive and it is indicative that they “get it” – that the mistake was made and that it needs to be corrected.’ The company also asked Mitloehner to work with them, moving forward. ‘They have asked me to cooperate with them in order to infuse science-based research on the one hand and get communication out – and check it before it reaches the masses,’ he says.”

But the question on many satirical minds is – Can eating a lemongrass Whopper repel mosquitoes?