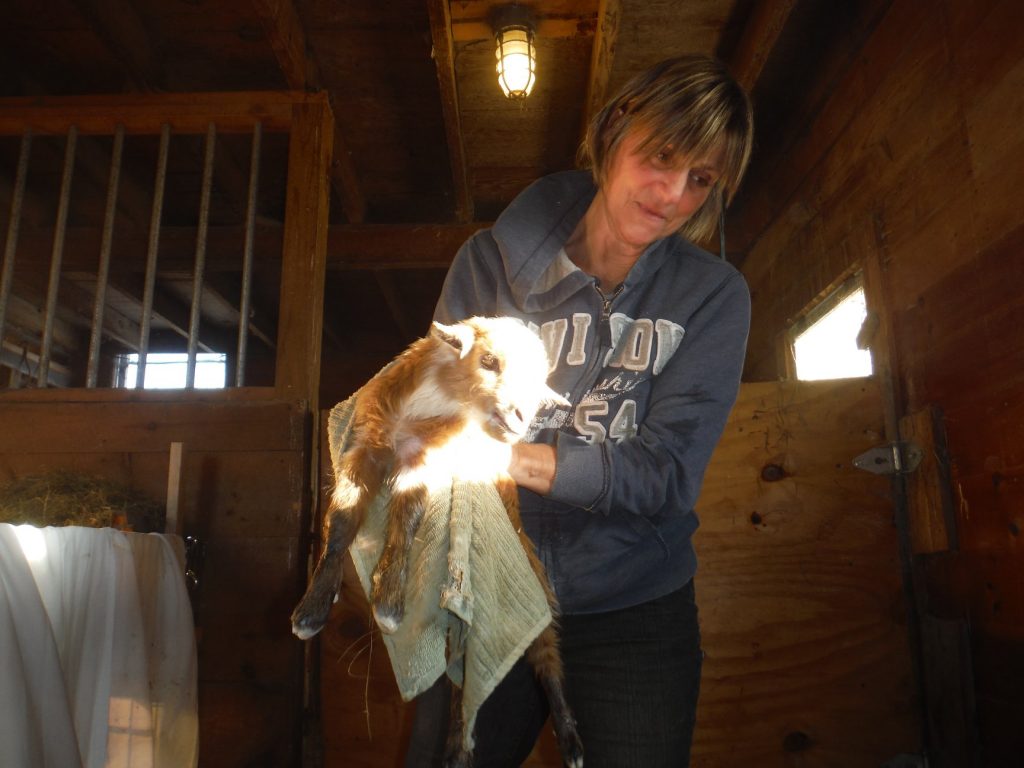 by Courtney Llewellyn
AMHERST, NH – Hobbies are supposed to be small diversions from the everyday things most of us need to do. They’re supposed to be fun activities that help you relax or get in better shape or expand your knowledge. When you get into farming, however, you may end up with two full-time jobs.
That’s what happened with Shawn and Joanne MacEachern, who run Field O’Dreams Farm in southern New Hampshire. Both in their late fifties, Shawn and Joanne thought they would start small and work a hobby farm. It’s developed into a new career for Joanne and another job for Shawn. The couple raise beef, goats and chickens, grow vegetables, and harvest syrup and honey – and they are always looking for new projects to tackle.
Shawn is a mechanical engineer by trade, but has always had side jobs. He had farming in his background too, and he looked to that to help sustain he and his wife.
“I started farming with parents in the early 1970s. We had black Angus for the family, and chickens,” he said. “We had a nice little farm in the woods, and then I bought another property two to three miles from my parents. We did blueberry picking, some animals and some vegetables, and that was in the late 1980s and early ‘90s.”
Then the Amherst farm came on the market. The previous owners had operated a 12-acre beef farm on the land, but a real estate investment company wanted to subdivide the land. “My wife and I saw the ‘For Sale’ sign in 2010 and managed to hold on to 7.5 acres together. We thought our new farm should be sustainable and we should be able to raise our own food.”
Joanne had had a high tech job, but according to Shawn, she grew tired of it and started farming full-time. Now a quality engineer, Shawn still has a full-time job away from Field O’Dreams, but after some quick calculations, he figured out his farm was like another full-time job on top of that.
“We wanted to take on projects we could manage,” he explained. 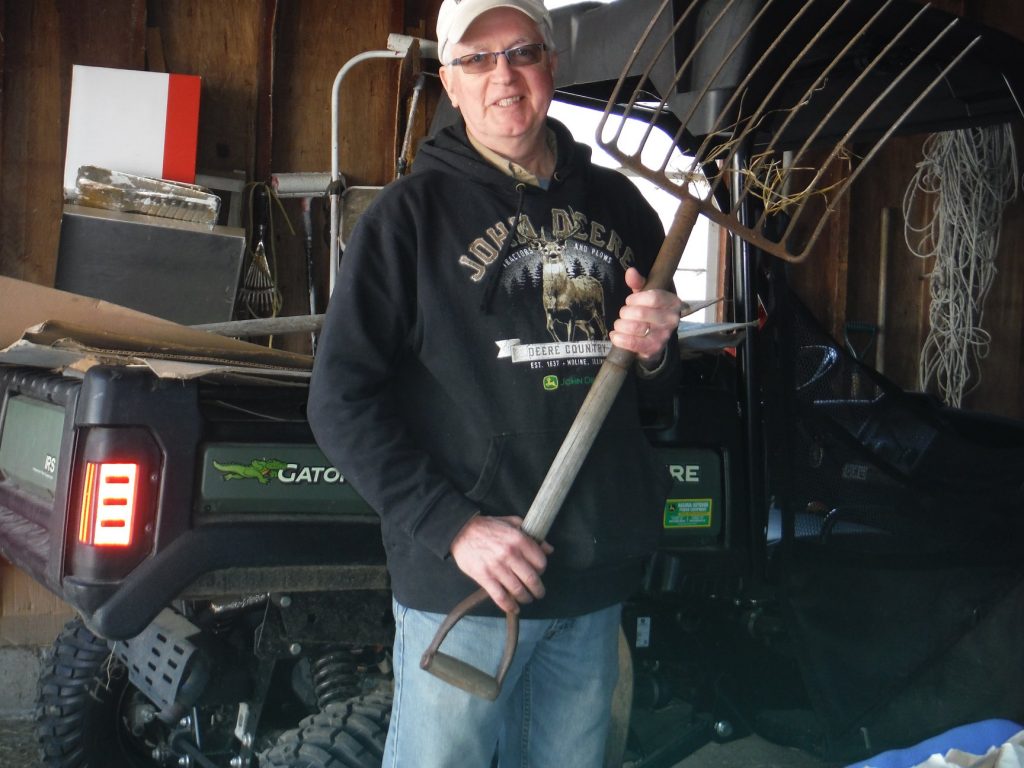 After they purchased their land, they started with Nigerian Dwarf goats for milking. “We thought about dairy cows but there was no way for the two of us to use up to seven gallons a day they produce,” Shawn said. “We tried the raw milk from the goats and we really liked it. Raw milk is like an energy drink.” He added that the goats are relatively easy to care for as well.
The MacEacherns produce four beef cows a year, and while they are also fairly easy to care for, “you need to make sure you have a good fence,” Shawn laughed. “We had a cop at our door at 2:30 in the morning one night and he told me ‘Fluffy’s out in the road.’ I had to think about it before I figured out I had a calf loose. I had to go out and track it down in the pouring rain.”
He puts the cows on non-GMO sweet feed for two months of finishing, as he says it makes for more marbling and better meat.
“My parents always said to do everything as naturally as you can, so I do,” Shawn said.
In addition to having almost entirely free-range livestock, he uses old school remedies to care for his crops. “I use water and onion or garlic powder, or a pepper spray, as a pest-repellant,” he said. “It’s not harmful to the plants or people. We make our own ‘pesticide’ and it works pretty well with most bugs. Keeping natural is always a goal of ours.”
And while chemical-free right now, Field O’Dreams is working toward becoming certified organic.
There’s always a new goal for these farmers. Joanne wanted to get some chickens for eggs, and then they added in beehives after that. “She tries to do projects and I try to do different projects and we balance each other out,” Shawn explained.
The projects do attract attention, and they heard interest from people about seeing their farm in action starting back in 2011. They started offering tours right around the time the organic movement was really starting to grow, according to Shawn. “We had our farmstand and there was a Trader Joe’s and a Whole Foods not too far from us, so people around here have a lot of good options for organic food.”
The farmstand is located at the intersection of Route 101 and Route 101A, so it sees lots of traffic. “As much as I can fit in the farmstand, I can sell,” Shawn said. “We’re still working on trying to figure out the best things to grow for bigger volume sales. We do tomatoes, squash and cucumbers. We even started a small hop yard and grew 50 to 60 pounds of hops last year.”
Joanne and Shawn said they’re working on making the farm a retirement plan. It’s possible now because they have a little extra cash flow at this age to make it happen.
“I’d like to see more people get into farming and really learn where their food comes from though,” Shawn said.
For more information, visit www.facebook.com/fieldodreamsfarm.